The Nuclear and Radiation Studies Board of the National Academies will be hosting a virtual meeting for the ongoing study on Radioactive Sources: Applications and Alternative Technologies. The meeting, which is the latest of a series of public meetings, is scheduled for June 26, 2020, and will feature presentations from the World Institute for Nuclear Security (WINS) and the International Irradiation Association (IIA).

The purpose of this Sandia National Laboratories’ sponsored study is to support existing and future activities under the National Nuclear Security Administration (NNSA) Office of Radiological Security (ORS) program to reduce the use of high-risk radiological materials in commercial applications. The study will update the 2008 National Academies consensus study on “Radiation Source: Use and Replacement” by reviewing the current state of high-risk radionuclide applications by sector (e.g., industrial, research, medical, and other commercial applications) and by reviewing the current state of existing technologies on the market that are or could be used to replace radioisotopic technologies in those applications.

Pierre Legoux joined WINS in 2010 as manager of the operational programme. His
responsibilities include programme design, operation, budget control, review and quality standards. Prior to joining WINS, Pierre served 7 years as physical protection specialist at the IAEA’s Office of Nuclear Security, where he developed international recommendations and guidance documents for nuclear security and for strengthening the physical protection of nuclear and other radioactive materials in use, storage and transport. He was seconded to the IAEA from the French Atomic Energy Commission.

Paul Wynne is a Chartered Accountant. He joined Isotron plc – a UK based international contract irradiation company in 1987 and was part of the management team that expanded the gamma technology base to include electron beam and X-ray during the 90’s. In 1999-2000, Paul worked in Malaysia to manage the construction of a large gamma irradiation facility. He was involved in the acquisition, and management of Gammaster from 2001 and in 2004 he was a founding director of the International Irradiation Association. Subsequent to an acquisition Paul worked for Synergy Health from 2007. He later managed the construction of sterilization facilities in China. He was appointed Regional CEO Asia and Africa at Synergy in 2010. He is now a consultant and is Chairman and DG of IIA.

IIA
• A comparison of gamma, Eb, X-ray and EO Technologies for the industrial sterilisation of medical devices and healthcare products. 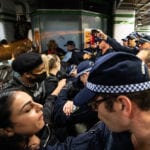 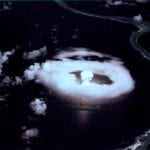