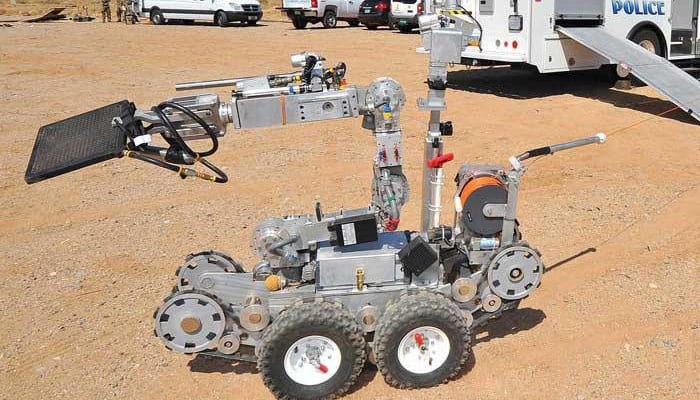 Teams from around the Southwest will wrangle their bomb-squad robots at the tenth annual Robot Rodeo beginning June 14, 2016 at the Los Alamos National Laboratory.

“The Robot Rodeo gives bomb-squad teams the opportunity to practice and hone their skills in a lively but low-risk setting,” said Chris Ory of the Emergency Response Group at Los Alamos and a member the Laboratory’s hazardous-devices team.

Los Alamos’ participation and support of the Robot Rodeo also aligns with its goal of fostering excellence in science and engineering disciplines essential for national security missions.

Teams scheduled to participate in the three-day competition include:

Teams compete in events and simulations, such as:

Norway, U.S. Work Together on Demining Initiative in Iraq and Syria