New research suggests that a drug already approved by the FDA may also serve a dual purpose by protecting people who are at high risk of infection, such as those with severe burns.

“As a survivor of a severe burn injury myself, it is my ultimate hope that this study, and future studies that stem from these findings, will lead to effective interventions that will significantly reduce the incidence of deadly infections in burn patients, as well as other critically ill and injured patients,” said Julia K. Bohannon, Ph.D., a researcher involved in the work from the Anesthesiology Research Division at Vanderbilt University Medical Center in Nashville, Tennessee.

The research team discovered that vaccine adjuvant monophosphoryl lipid A (MPLA), a detoxified form of the endotoxin lipopolysaccharide, has shown a protective effect in mice, and the scientists believe that it does this by stimulating the production of granulocyte colony stimulating factor (G-CSF), which ultimately bolsters the production of immune cells responsible for the clearance of bacteria to sites of infection.

To make their discovery, scientists used two groups of mice. After the induction of a burn injury, one group received treatment with the drug, MPLA, while the second group received only a placebo treatment (saline) for two days. Bacteria were applied to mice to induce a clinically relevant burn wound infection.

Mice that received treatment with MPLA were better able to fight the infection as indicated by decreased spread of bacteria to blood and lungs and improved survival compared to mice treated with placebo. It was further found that neutrophils, immune cells that are responsible for the clearance of bacteria, were responsible for mediating this protection.

A drug was then given to the mice to block production of the neutrophil growth factor G-CSF prior to treatment with MPLA, and MPLA stopped protecting from infection. This confirmed MLPA’s protective effect and provided significant insight into the mechanism of action.

“The increased susceptibility to infection is a major complication of severe burn injury and antibiotics are often insufficient to treat these patients,” said John Wherry, Ph.D., Deputy Editor of the Journal of Leukocyte Biology. “It is becoming increasingly clear that if we understand and can intentionally provoke the correct immunological pathways, we can have profound effects by allowing the immune system to then treat the disease. The findings with MPLA are a great example of how such an intervention can tune the innate immune system (i.e. neutrophils) to be more efficient and active in an acute burn injury setting.” 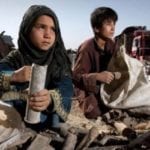 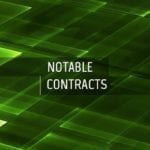