By comparing two magnitude measurements for seismic events recorded locally, researchers can tell whether the event was a small earthquake or a single-fire buried chemical explosion.

The findings give seismologists one more tool to monitor nuclear explosions, particularly low-yield explosions that are detected using seismic stations that are 150 kilometers (about 93 miles) or less from the explosion site.

Seismologists use a variety of methods to distinguish earthquakes from explosions, such as analyzing the ratio of P waves (which compress rock in the same direction as a wave’s movement) to S waves (which move rock perpendicular to the wave direction). However, methods like the P/S-wave ratio do not work as well for events of magnitude 3 or smaller, making it essential to develop other discrimination techniques, said University of Utah seismologist Keith Koper. Scientists have debated, for instance, whether a small seismic event that took place on 12 May 2010 in North Korea was a natural earthquake or an earthquake induced by a low-yield nuclear explosion.

Koper and his students stumbled across the potential usefulness of this comparison in one of his graduate seminars about four years ago, as the students practiced programming and comparing different types of magnitudes. “It turned out that when you looked at these magnitude differences, there was a pattern,” he said. “All these earthquakes in Utah that are associated with coal mining have a bigger coda magnitude, with seismograms longer than normal.”

The findings suggested that ML-MC difference could be useful in detecting nuclear explosions at a local level, but the multiple detonations in a coal mining operation, scattered in space and time, produce a different seismic signature than the compact single shot of a nuclear explosion.

To further test the discrimination method, the researchers searched for “explosions that were better proxies, compact, and not your typical industrial explosions,” Koper said.

In the BSSA study, Koper and colleagues applied the ML-MC difference to three experiments in the U.S. West that recorded data on local networks from buried single-fire explosions as well as natural earthquakes: the 2010 Bighorn Arch Seismic Experiment (BASE) in northern Wyoming, the imaging Magma Under St. Helens (iMUSH) experiment in Washington State from 2014 to 2016, and the Phase I explosions of the Source Physics Experiment (SPE) in Nevada from 2011 to 2016.

The method was able to successfully separate explosions from natural earthquakes in the data from all three sites, the researchers found, confirming that it would be potentially useful for identifying small underground nuclear explosions in places that are only covered by a local seismic network.

Beyond explosion seismology, the method might also help identify and analyze other earthquakes that have shallow sources, including some earthquakes induced by human activities such as oil and gas recovery, Koper said. 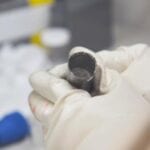 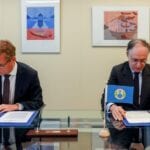