The George Washington University (GW) School of Medicine and Health Sciences (SMHS), home to one of the first emergency medical services degree programs in the nation, has been awarded a $1,308,422 Continuing Training Grant (CTG) from the U.S. Department of Homeland Security’s Federal Emergency Management Agency (FEMA).

CTGs support further development of the National Preparedness System. In 2014, there are six objectives for the CTG program, including:

Led by nationally renowned expert, Geoff Shapiro, who serves as the director of emergency medical services and tactical/operational medicine at SMHS, GW will use the grant to develop training programs and other resources that specifically focus on objectives for immediate victim care at mass casualty events.

“Since the 1980’s, GW has been a leader in providing training and education to our nation’s first responders,” said Joseph Bocchino, Ed.D., M.B.A., senior associate dean for health sciences at SMHS. “GW’s emergency response professionals and clinicians are highly regarded experts in developing training programs – and through this grant, they will develop training programs that better prepare responders to act swiftly and effectively in emergency situations involving mass casualties.”

The over-arching goal of GW’s training is to better prepare citizens and responders to provide care during events where there may be a delay in response due to operational challenges and barriers, and teach responders to work in environments that they have not traditionally worked in the past.

GW will base its training on the tenets of Tactical Emergency Casualty Care (TECC), which is a set of evidence-based, best practice medical treatment guidelines used by:

Various GW experts and clinicians played a major role in developing TECC in 2011, which has quickly become the accepted standard for care during atypical events.

An integral component of the training also involves a response model called “Rescue Task Force (RTF),” which enables law enforcement, fire, and emergency medical services personnel to rapidly deploy in a coordinated effort into areas that have been cleared, but not secured, in order to initiate treatment at or near the point of wounding and effect rescue of survivors.

RTF was first operationalized by the Arlington County Fire Department in Virginia, and is now in use by many public safety agencies across the world. GW faculty and staff have worked closely with various agencies to assist in development and train RTF and other escorted “warm-zone” response models domestically and internationally. 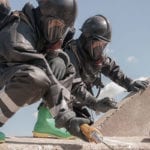 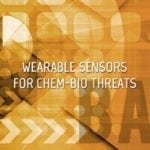