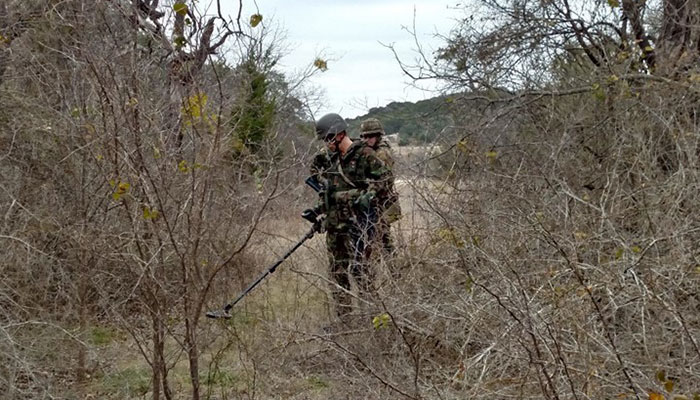 47th Netherlands Army engineers are clearing a route of all hazards during their hands-on training with the 79th Ordnance Battalion (EOD) in Fort Hood, Texas, on Jan. 20. Image credit: Ryan Donald

Working with the Fort Bliss Department of Emergency Services (DES), FBI, Military Police and Border Police, the 741st main task was to support DES in clearing multiple “suspect packages” from a designated mass casualty area. They also assisted the FBI’s special agent bomb technicians on the safe rendering of another IED.

During the demonstration, members from the 630th, who some of them are former local scouts, provided Troop 122 with an overview of the duties and responsibilities of an EOD Soldier, and the opportunity to interact with Talon and PackBot Tactical Robots. The scouts also tried on EOD suits and glanced at the Joint Explosive Ordnance Disposal Emergency Response Vehicle.