Corriveau is a member of the Senior Executive Service and a Department of Defense (DoD) expert in countering emerging chemical and biological (CB) threats.

Corriveau served as acting director since Oct. 6, 2014 to fill the leadership role when former director Joseph Wienand retired earlier that month. Prior to this appointment, Corriveau served as the Director of Research and Technology at ECBC, a role in which he was responsible for overseeing initiatives to support the DoD and other government agencies with the most innovative science and technology solutions for CB defense. That focus on innovation was evident when he launched programs that give ECBC engineers and scientists internal seed funding to develop high-potential CB defense into full projects.

“For more than a decade, Dr. Corriveau has been a key member of the ECBC leadership team that has built an impressive track record of major technical advances for the warfighter and national defense,” said MG John Wharton, Commanding General of the U.S. Army Research, Development and Engineering Command (RDECOM), ECBC’s higher headquarters. “His leadership, dedication and focus on innovation will continue to pave the way for future advancements that will keep our soldiers and our nation safe from existing and emerging chemical and biological threats.”

ECBC is one of RDECOM’s seven Army Research and Development Centers. It is the nation’s premier research and development facility for chemical and biological defense, and boasts state of the art facilities and some 1,400 world class scientists, engineers and technicians.

Corriveau joined ECBC in June 2003 as the Deputy Director of Research and Technology after serving in the Office of the Under Secretary of Defense for Acquisition, Technology & Logistics as the chief scientist for the DoD Chemical Biological Defense Program. Earlier in his career, he served as a senior analyst with the U.S. Army’s National Ground Intelligence Center. 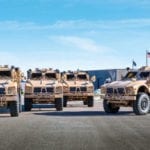 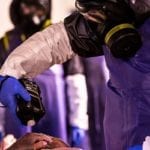