ChemproX along for a ride on HDT’s Hunter Wheeled Offload Logistics Follower (WOLF), a rugged 6×6 load-carrier for dismounted infantry, and fully integrated into their system, at the Eglin AFB, FL. Credit: Environics

Service Manager Adam Vachon from Environics subsidiary office in the USA attended Chemical and Biological Operational Analysis 2022 (CBOA 22), a week long scenario-based live field experiment that assesses technology from both the operator and adversary perspective to uncover vulnerabilities and identify improvements. The event took place at Eglin Air Force Base, Florida from May 16th to 20th.

“The ChemProX with the Radiation Detection module attached performed flawlessly to all the tests that were thrown at it. We were able to collect chemical and radioactive data and transmit the information back to headquarter in real time. The ChemproX was along for a ride on HDT’s Wolf and fully integrated into their system, which allowed anyone with the username and password to see the information of the ChemProX and Wolf. The ChemProX ran for over 8 hours a day in 90-degree (32.22 Celcious) weather and a high humidity point with no issues. The Evaluators were impressed on how capable the system was. Overall, it was a success and showed off how reliable the ChemProX is.”

ChemProX belongs to a new generation of chemical detectors, enabling full situational-awareness during field operations. ChemProX is an orthogonal detector whose performance relies on an unique and enhanced open-loop Ion Mobility Spectrometry (IMS) technology. Basing its reliability in this technology, ChemProX benefits from new additional sensors which reduce the false alarm rate of the detector, and allows the detection of an even wider range of chemical agents.

ChemProX is the only chemical detector of its class which allows for real-time full situational-awareness. Its detection network is expandable up to 10 detectors per group, and features a secure data transmission by radio, which is complemented and expanded by a WIFI connection. ChemProX establishes the communication between each team member and the Command Center. 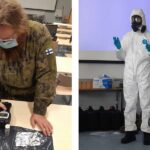 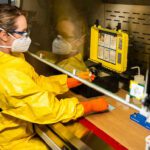