In 40 years of existence, the NRC has undergone significant changes to its processes to arrive at its current “regulatory paradigm.” Seminal moments included the Browns Ferry fire of 1975, which damaged control cables and resulted in an 18-month plant shutdown; the Three Mile Island accident of 1979; the 9/11 terrorist attacks of 2001; and the Fukushima Daiichi accident of 2011. World Nuclear News >>

Dallas startup accelerator Tech Wildcatters is launching a program focused on wearable technology for police officers, firefighters and emergency medical personnel. The pilot program is funded by the Department of Homeland Security’s research and development arm, and Tech Wildcatters is one of two U.S. accelerators tapped to run it. The program is being managed by the Center for Innovative Technology, a Virginia-based nonprofit. Emergency Management >>

Bosnia and Herzegovina’s State Investigation and Protection Agency (SIPA) has formed a special anti-terrorist team which cooperates with partner agencies from other countries, including the FBI. There have been a number of cases of members of radical Islamic groups from the Salafi movement leaving Bosnia and Herzegovina to fight in Syria and Iraq, and a number of groups which security services consider as posing a threat to national security are active in the country. Dalje >>

The Joint Project Manager for Elimination (JPM-E) is evaluating technologies to remediate chemical agent-contaminated soils and debris on site at large chemical weapons burial sites. The objectives of the program are to provide a mature, mobile technology which will remediate mustard (HD) agent and phosgene- contaminated soils and debris to a contamination level that will allow the release of the product to the general public. Global Biodefense >>

Recently, a CIA program to buy and destroy chemical weapons in Iraq has come to light.   The New York Times reports that from 2005 to 2006, Operation Avarice saw the purchase and destruction of 400 chemical weapon rockets originally developed by the Hussein regime in the 1980s.  Reports vary on the contents of the rockets, which may have contained either degraded chemical components or still-active sarin.  These events notably fall outside of the findings of the Iraq Survey Group (ISG), the 2003 Department of Defense-led fact finding mission. Pandora Report >>

Elephants Can Sniff Out Bombs

New research conducted in South Africa and involving the U.S. military shows that elephants excel at identifying explosives by smell, stirring speculation about whether their extraordinary ability can save lives. Another plus? Elephants remember their training longer than dogs. Laboratory Equipment >>

To uncover the molecular composition of samples outside the lab, researchers have been shrinking mass spectrometers to make them portable. Various mass analyzers—the components of the spectrometer that sort molecular fragments and send them into the detector—have already been miniaturized, including ion traps and single quadrupoles. But triple quadrupoles, the mass analyzers of choice for most quantitative mass spec applications, have not been miniaturized—until now. C&EN >>

The Nebraska Biocontainment Unit (NBU), located at the Nebraska Medical Center, has shared its protocol for Ebola patient discharge, handling a patient’s body after death and environmental disinfection in the March issue of the American Journal of Infection Control. Global Biodefense >>

Where Does the Islamic Revolutionary Guard Corps Stand on Nuclear Negotiations?

US and Iranian negotiators in ongoing nuclear talks must deal not only with their counterparts across the table, but also with the challenge of second-guessing another country’s internal political dynamics. This game reached absurd levels this week when, in an attempt to derail the talks, a group of Republican US Senators sent an “open letter” to Iran claiming that any deal could be undone by a future president. Bulleting of the Atomic Scientists >>

As the nation’s premier laboratory for land forces, the Army Research Laboratory is currently undertaking a long-term effort to design new polymer fibers to protect soldiers against future threats from ballistic and blast materials. Nanowerk >>

The Navy and Marine Corps will be challenged to carry out their parts of the national defense strategy if billions of dollars in sequester-related budget cuts take effect Oct. 1, senior service officials told legislators on Capitol Hill today. DoD News >>

U.S. counterterrorism analysts have painted a pessimistic picture of the years to come, saying the threats from terrorism will continue to challenge the United States. This attitude contrasts with the feelings most Americans had after the killing of Osama bin Laden in 2011 and the dawn of the Arab Spring, which was initially seen as a first step in a path toward democracy in the Middle East. HSNW >>

Mindful that drinking contaminated milk led to most of the cancers that resulted from the Chernobyl nuclear accident in 1986, the Japanese government also launched a massive effort to check foods for contamination and ban any items exceeding set limits following the Fukushima disaster. Science Insider >>

Preparedness: Moving Beyond the Stockpiling of Stuff

Over the past few years, there has been a growing national movement away from measuring stuff and toward measuring actual operational capacity to recognize triggers, activate systems, and perform essential tasks. Perhaps the biggest evidence of this shift is occurring with the Centers for Disease Control and Prevention’s (CDC) Strategic National Stockpile Program. Domestic Preparedness >>

Glimmer of Hope for Beleaguered Chemical Safety Board

Cronyism, retaliation, and abuse of power are just a few of the many unsavory terms and themes on full display at last week’s congressional hearing about the US Chemical Safety Board (CSB). It was the second time in less than 10 months that CSB chairman Rafael Moure-Eraso, PhD and board members have been called before the House Committee on Oversight and Government Reform (Committee). For me, and others in the worker health and safety community, it was disappointing and discouraging to watch the four-hour spectacle. The Pump Handle >>

Soldiers from the 21st Brigade Engineer Battalion, 3rd Brigade Combat Team “Rakkasans,” 101st Airborne Division, recently held a CBRN training event at Fort Campbell. The training was conducted to assess the CBRN Soldier’s ability to conduct basic soldiering skills as well as their assigned chemical protection duties and to cross train the CBRN specialists across the brigade who may not be in a dedicated CBRN platoon. Fort Campbell Courier >>

The US Department of Commerce is querying the status of a minority of US imports of French low-enriched uranium (LEU) in 2013-2014 under antidumping legislation. Imports of LEU into the USA are subject to antidumping duty if DOC determines that they were sold at less than nominal value. The preliminary findings from its review suggest that this applied to some imports from Areva between 1 February 2013 and 31 January 2014. World Nuclear News >>

Waning Interest is Biggest Risk in Race to Overcome Ebola: WHO

Case numbers have fallen to a low level and it should be possible to stop transmission by mid-year, but the disease is “not waning” and it is much too early to assume the outbreak will end. The year-old Ebola outbreak has killed 9,976 people thus far. Reuters >>

Controlling the Adverse Effects of Radiation Could Change Nuclear Fuel

The adverse effects of radiation on nuclear fuel could soon be better controlled. Researchers have studied how specific properties of materials involved in nuclear energy production, and their performance, can change their response to radiation. In particular, the other researchers looked at actinide materials — which include well-known elements like uranium and thorium — and their response to highly ionizing radiation. HSNW >>

Do We Need the DHS?

The creation of the DHS was a classic example of how Washington reacts to a crisis. In the wake of 9/11, the pressure was on Congress and the Bush administration to “do something,” or at least look as if they were doing something. The result was a new Cabinet-level agency that cobbled together a host of disparate agencies, ranging from the Federal Emergency Management Administration (FEMA) to the Fish and Wildlife Service. Nearly every federal employee who wore a badge was simply swept up and dumped into the new bureaucracy. CATO Institute >>

Workshop on Implementation of the Chemical Weapons Convention Held in Africa

The OPCW in partnership with the African Union and the governments of the United States and South Africa jointly organized a “Workshop on Security, the Implementation of the Chemical Weapons Convention (CWC) and Cooperative Threat Reduction in Africa” in Pretoria, South Africa from 2–6 March 2015.  A total of 36 representatives from 21 Member States in the region participated in the Meeting. Also in attendance were representatives from Angola and South Sudan, both currently non-States Parties to the CWC. OPCW >>

President Barack Obama will nominate a Department of Transportation lawyer to become the next chair of the Chemical Safety & Hazard Investigation Board (CSB), the White House announced on March 3. If confirmed, Vanessa Allen Sutherland, chief counsel for the Pipeline & Hazardous Materials Safety Administration since 2011, would replace CSB Chairman Rafael Moure-Eraso, whose five-year term expires in June. C&EN >> 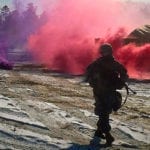 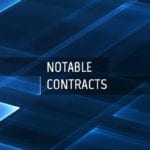