Chemical Weapons Use: An Unacceptable Repeat of History That Demands Attention

Today, the prohibition of use of chemical weapons is a universal norm – that is, a rule of customary international humanitarian law that binds all parties to armed conflicts, be they State or non-State actors. However, like any rule of international law, its strength is tested in the breach, by how the international community reacts to violations. International Committee of the Red Cross >>

Prime Minister Arseniy P. Yatsenyuk of Ukraine on Wednesday announced that there had been an accident at one of the country’s nuclear power plants, briefly setting off fears of a Chernobyl-like catastrophe. But there appeared to have been no radiation leak and only a temporary disruption in the power supply. NY Times >>

BARDA is seeking to advance high-throughput biodosimetry testing systems. The test is intended to be run in clinical laboratories and produce a quantitative estimate of the actual absorbed radiation dose a person received from 0 to 10 Gy. The result will be used in conjunction with signs, symptoms, and hematology to give the health care provider additional information to help in treating individuals after a radiological or nuclear incident. Global Biodefense >>

The House of Representatives overwhelmingly passed three bills Monday aimed at strengthening nuclear security and detection, protecting critical infrastructure against the threat of electromagnetic pulses, and authorizing the use of Department of Homeland Security grants to collaborate with national laboratories. Government Security News >>

Ukraine’s Energy Minister Volodymyr Demchyshyn said Wednesday an accident at the Zaporizhzhya nuclear power plant in southeast Ukraine posed no danger and that the plant would return to running as normal on Dec. 5. “There is no threat … there are no problems with the reactors,” Demchyshyn said at a briefing, saying the accident affected the power output system and “in no way” was linked to power production itself. NBC News >>

According to the Centers for Disease Control and Prevention (CDC), state health officials have identified and designated 35 hospitals with Ebola treatment centers, with more expected in the coming weeks. The additional facilities supplement the three national bio containment facilities at Emory University Hospital, Nebraska Medical Center, and the National Institutes of Health (NIH). Global Biodefense >>

At the Hague Wednesday, the U.S. accused the Syrian regime of continuing to use chemical weapons on civilians as recently as September, despite claims that it has fully destroyed its stockpile as required under a 2013 U.N. treaty. CBS News >>

The Defense Threat Reduction Agency (DTRA) is funding the development and validation testing of a Transport Isolation System (TIS) to be used for the safe evacuation of personnel exposed to Ebola. The modules must additionally be able to be configured to accommodate up to 12 ambulatory patients; up to 8 litter patients; or a combination of up to 6 ambulatory and 4 litter patients. Global Biodefense >> 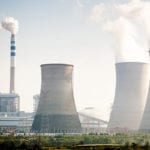 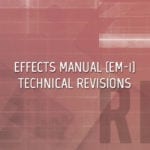