Indra has delivered to the European Defense Agency (EDA) a forensic analysis laboratory for improvised explosive devices, ready for a team of 20 specialists to work with samples found at scenes of such attacks and to compile information on the techniques, tactics and procedures employed. The system strengthens the capabilities of the EDA’s Joint Deployable Exploitation and Analysis Laboratory (JDEAL). ASD News >>

Bird poop was the likely cause of a December shutdown at a nuclear power plant outside New York City, according to the operator. An Indian Point reactor safely shut down for three days starting Dec. 14 following an electrical disturbance on outdoor high voltage transmission lines. Seattle Times >>

About three hours into the proceedings, Iowa Republican Steve King wondered if the conversation about encryption and the FBI’s quest to unlock an iPhone belonging to one of the San Bernardino terrorists might be a little different if the Islamic State had nuclear capabilities. Motherboard >>

How Safe is Nuclear Power? A Statistical Study Suggests Less Than Expected

After the Fukushima disaster, the authors analyzed all past core-melt accidents and estimated a failure rate of 1 per 3704 reactor years. This rate indicates that more than one such accident could occur somewhere in the world within the next decade. The authors also analyzed the role that learning from past accidents can play over time. Bulletin of the Atomic Scientists >>

Croatia’s plans to build a radioactive waste site in Trgovska Gora, near the border with Bosnia, will be one of the key issues on the table when Bosnia’s tripartite presidency meets Croatian President Kolinda Grabar-Kitarovic next week in Zagreb. Balkan Insight >>

North Korean leader Kim Jong Un ordered his military on standby for nuclear strikes at any time, state media reported Friday, an escalation in rhetoric targeting rivals Seoul and Washington that may not yet reflect the country’s actual nuclear capacity. Associated Press >>

Manuel Navarro has a relatively simple request. He would just like to know: Where is everybody? “For years we’ve talked about knowing precisely where our firefighters are within an incident, and no one has come up with the best way to do that,” said Navarro, a division chief in the Menlo Park, Calif., fire department. “We go on the radio and say, ‘Do you have all your people?’ But we don’t know where those people are. They may not know it themselves. For us, that is a massive safety issue.” Emergency Management >>

A consortium of four German companies has been awarded a contract to improve infrastructure for managing radioactive waste, the rehabilitation of contaminated areas and the decommissioning of nuclear power plants in Ukraine. The main objectives of the contract are to support the Ukrainian State Corporation ‘Radon’ in establishing an emergency response system for “radiation incidents involving unauthorized radioactive materials that are not related to nuclear power plant operation”. World Nuclear News >> 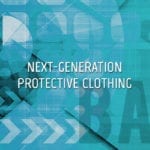 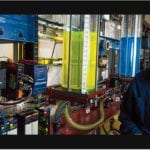