Is CNN Making Us Less Safe?

Every time there is a mass shooting — whether the perpetrators are radicalized or merely alienated — we are treated to a ritualized debate about the easy availability of guns in America. The coverage confers a perverse sort of celebrity on the perpetrators of mass murders, giving them the kind of attention they never could have achieved before they committed their atrocities. Forbes >>

Scientists at the U.S. Department of Energy’s Brookhaven National Laboratory and collaborators at Stony Brook University and the Institute of Advanced Sciences in Dartmouth, Massachusetts, have discovered new details about how “cloaking” proteins protect the toxin that causes botulism, a fatal disease caused most commonly by consuming improperly canned foods. Chem.info >>

The first shipment of uranium from Canada under a five-year contract signed in April has arrived in India. It marks Cameco’s first supply of uranium to India. According to the Canadian government, the contract to supply 7.1 million pounds of uranium concentrate (about 2730 tU) to India’s Department of Atomic Energy was worth around CAD 350 million ($262 million). World Nuclear News >>

“It is an honor to appear before the subcommittee today to address the interesting and important issues surrounding potential nuclear cooperation with Pakistan. Having worked on nuclear challenges in South Asia since 1992, I am keenly aware of the complexities of any U.S. policy in this domain. The subcommittee should be applauded for its determination to explore these issues.” Carnegie Endowment >>

Fear at the Tap: Uranium Contaminates Water in the West

In a trailer park tucked among irrigated orchards that help make California’s San Joaquin Valley the richest farm region in the world, 16-year-old Giselle Alvarez, one of the few English-speakers in the community of farmworkers, puzzles over the notices posted on front doors: There’s a danger in their drinking water. Seattle Times >>

Critics of a multibillion-dollar program to convert excess U.S. weapons-grade plutonium into fuel for commercial nuclear reactors under a 2000 treaty with Russia have seized on a newly disclosed report to renew calls for an end to the project. The fiscal 2016 defense authorization law includes $345 million in funding for a plant under construction at the DOE’s Savannah River site in South Carolina, which will take 34 metric tons of plutonium and mix it with uranium to form safer mix-oxide (MOX) fuel pellets for use in commercial nuclear reactors. Reuters >>

Poland’s Defense Ministry denied on Sunday that it is considering asking for access to nuclear weapons through a NATO program under which the U.S. places them on the territory of certain allied states. Military Times >>

Europe Must ‘Prepare for The Possibility’ of an ISIS Chemical Attack: Report

The European Parliament released a report on Friday warning the European Union’s member states to “prepare for the possibility” of a chemical attack on the continent by the Islamic State militant group (ISIS) and revealing that more than 150 cases of toxic smuggling are reported each year. The report, entitled “ISIL/Da’esh and ‘non conventional’ weapons of terror” and authored by political analyst Beatrix Immenkamp, notes that there is a “particular risk that terrorists might use sarin, ricin or anthrax” on European soil. Newsweek >> 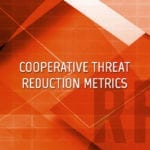 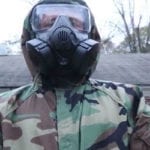