Fukushima Chief: “No Textbook” For Cleanup

The man leading the daunting task of dealing with the Fukushima nuclear plant that sank into meltdowns in northeastern Japan warns with surprising candor: Nothing can be promised. How long will it take to decommission the three breached reactors, and how will it be accomplished, when not even robots have been able to enter the main fuel-debris areas so far? How much will it ultimately cost? Chem.info >>

Students were sent home from Ferndale High School on Wednesday morning, Dec. 16, after school officials discovered a bomb threat on social media. A student received a Snapchat post that mentioned a bomb in a specific location at the school, said Ferndale Police Lt. Bill Hatchett. Once police and school officials were notified, officers swept the school gymnasium and, after determining it was safe, evacuated the students to the gymnasium before sending them home. Bellingham Herald >>

Just east of the Homestead-Miami Speedway, off Florida’s Biscayne Bay, two nuclear reactors churn out enough electricity to power nearly a million homes. The Turkey Point plant is licensed to continue doing so until at least 2032. National Geographic >>

Letter to Congress: Withholding Funding from the IAEA is Ill-Advised and Dangerous

“IAEA monitoring is essential for deterring and detecting illicit nuclear behavior by Iran; without adequate funding, the international community cannot responsibly verify that Iran’s nuclear program remains peaceful and in-line with its commitments…Unfortunately, some key members of Congress advocate blocking any U.S. contribution to these additional funds.” Federation of American Scientists >>

Chinese nuclear experts began to join international nuclear dialogues in the late 1970s when China launched its policy of reform and openness. Their communications with U.S. nuclear experts are sometimes difficult and inefficient, in part because of differences in the ways that Americans and Chinese think about nuclear weapons. Carnegie >>

An estimated 90 to 110 Indian nuclear bombs are stored in six or so government-run sites patrolled by the same security force, according to the Stockholm International Peace Research Institute, an independent think tank, and Indian officials. Within the next two decades, as many as 57 reactors could also be operating under the force’s protection, as well as four plants where spent nuclear fuel is dissolved in chemicals to separate out plutonium to make new fuel or be used in nuclear bombs. Center for Public Integrity >>

The IAEA board of governors yesterday adopted a resolution on director general Yukiya Amano’s final assessment report on possible military dimensions (PMDs) to Iran’s nuclear program, which found no credible indications of any nuclear weapons development in the country after 2009. World Nuclear News >>

Instructors at the NRC’s Technical Training Center in Chattanooga, Tenn., realized a few years ago that the two-unit, never-completed Bellefonte Nuclear Plant in Hollywood, just 65 miles away, would be a perfect classroom. Even though many of the major components were either taken out or cut apart and then sold by the plant’s owners, the Tennessee Valley Authority, enough of the framework remains to allow students to get an extremely realistic idea of what a plant is like and how it works. Nuclear Regulatory Commission >>

These days in Congress, not even strong bipartisan support seems to guarantee a bill’s success. But the Republicans and Democrats who backed a U.S. Senate bill to overhaul the nation’s environmental safety law for industrial chemicals refused to give up. Overcoming a thicket of procedural barriers, they won a signature victory tonight as the Senate unanimously approved, on a voice vote, an overhaul of the Toxic Substances Control Act (TSCA). Science >>

West Babylon High School was back in session Wednesday after more than 30 people were taken to the hospital Tuesday, sickened by fumes that have been been determined to be mace. The school was evacuated after a 911 call came in about noon, with students saying they were feeling dizzy. Some reported having difficulty breathing, and many of the patients complained of burning in the backs of their throats. EMS ended up transporting 35 students and faculty members to the hospital with respiratory problems. WABC >>

Forget LRSO; JASSM-ER Can Do the Job

Early next year the Obama administration, with eager backing from hardliners in Congress, is expected to commit the U.S. taxpayers to a bill of $20 billion to $30 billion for a new nuclear weapon the United States doesn’t need: The Long-Range Standoff (LRSO) air-launched cruise missile. The new nuclear cruise missile will not be able to threaten targets that cannot be threatened with other existing nuclear weapons. Federation of American Scientists >>

The Nuclear Regulatory Commission says one of the two reactors at Xcel Energy’s Prairie Island nuclear plant shut down automatically after a problem developed in the unit’s turbine. NRC spokeswoman Viktoria Mitlyng says officials and NRC inspectors at the plant are looking into why the turbine went offline Thursday. When that happened, she says, fire alarms went off in the control room. WCCO Minnesota >>

In total, the bill provides $41 billion in discretionary funding for DHS – an increase of $1.3 billion compared to the fiscal year 2015 enacted level. The legislation prioritizes operations, counter-terrorism, and targeting activities, saves tax dollars, and increases transparency and accountability at DHS. Homeland Security Committee >> 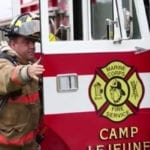 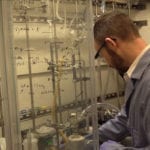