Despite the intervention in Libya being labeled by Obama himself as his biggest mistake and greatest regret, it will be the slaughter in Syria and what is conventionally perceived as a weak U.S. response that will likely be viewed by historians and pundits as the biggest stain on his legacy. National Interest >>

Interdiction devices are carried by police, firefighters, and federal agents. Some hospitals have portal radiation detectors, but turn them off because they report false alerts. In a terrorist event most portal detectors would saturate in low levels of radiation. Few, if any ambulance services carry and know how to use broad-range radiation detectors. Transporting patients with radiation on their clothing and in their hair can contaminate both the ambulance and emergency departments. Training for ER staff in nuclear terrorism is very limited. Journal of American Physicians & Surgeons >>

North Korea has reportedly established an infantry unit whose members are being trained to carry nuclear devices in backpacks and, in the event of war, to infiltrate the South before detonating their weapons. The Telegraph >>

The U.S. Army plans to start operating a $4.5 billion plant next week that will destroy the nation’s largest remaining stockpile of mustard agent, complying with an international treaty that bans chemical weapons. Robots will dismantle the shells, and the plant will use water and bacteria to neutralize the mustard agent, which can maim or kill by damaging skin, the eyes and airways. At full capacity, the facility can destroy an average of 500 shells a day operating around the clock. It’s expected to finish in mid-2020. In Homeland Security >>

Cluster Bombs Kill More Than 400 People, Over a Third of Them Children

More than 400 people were killed by cluster bombs in 2015, most of them dying in Syria, Yemen and Ukraine, which have not signed up to a treaty banning the weapon, an international anti-cluster bomb coalition said on Thursday. Cluster bombs, dropped by air or fired by artillery, scatter hundreds of bomblets across a wide area which sometimes fail to explode and are difficult to locate and remove, killing and maiming civilians long after conflicts end. Reuters >>

The Science of Combining Sensors to Intercept the Apocalypse

What does it take to postpone the apocalypse by minutes? Better radars, apparently. Raytheon, an American defense technology giant, has a new video out explaining how multiple types of radars can work together for a more complete picture of an incoming attack. Popular Science >>

Raytheon and NUWC formally launched the AN/AQS-20A collaboration last year, under a ‘work for private party’ contract funded by Raytheon. Improvements in both system performance and image quality resulted from the strong working partnership of this Rhode Island-based, government-industry team of experts. Tested at sea, the system’s optimized sonars captured images of the ocean floor with enough clarity to see the contents of lobster pots. Raytheon >>

Our bodies naturally release heat, in part, through emission of mid-infrared radiation in the 7- to 14-µm wavelength range. To help our bodies cool, Yi Cui and his Stanford colleagues wanted to design fabric that would allow that IR radiation to pass through. Basically, they were looking for a material that was transparent to mid-IR radiation. C&EN >>

Chelmsford firefighters, a state hazardous materials team, and the Department of Environmental Protection were working to stabilize a leaking tank of liquid nitrogen inside an office building at 2 Executive Drive near the Lowell line Wednesday night. Lowell Sun >>

The last of five buildings making up the US Department of Energy’s (DOE’s) former Oak Ridge Gaseous Diffusion Plant has been demolished, completing a ten-year program to remove all the former uranium enrichment buildings at the East Tennessee site. World Nuclear News >>

The last remaining U.S. manufacturer of cluster bombs is ending production of the controversial weapon, citing regulatory scrutiny and reduced orders for the internationally banned munitions. The decision by the Rhode Island-based Textron, whose subsidiary Textron Systems produces the bombs, follows a White House order last May to block the transfer of a Textron shipment of CBU-105 cluster bombs to Saudi Arabia, a move first reported by Foreign Policy. Foreign Policy >>

A Danish ship loaded with materials that can be used to manufacture chemical weapons has left Libya and is making its way to Germany. The ship, escorted by UK and Danish naval vessels, was despatched as part of international efforts to remove dangerous stockpiles from the country. Libyan chemical weapons were destroyed under global supervision in 2014. BBC News >> 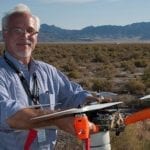 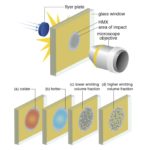