Integrating nuclear detection and deterrence systems requires thinking systematically. For instance, a nuclear detection system may need to work with any variety of security systems, from cameras tracking on- and off-loading in ports to nonintrusive X-ray machines, traffic lights and gate controls that manage traffic flow. Government Security News >>

Interest from governments in screening cargo for nuclear material increased dramatically after the 11 September 2001 terrorist attacks. At present, the US Department of Homeland Security (DHS) uses passive-radiation detectors to scan all cargo containers entering the country by land and sea; similar systems are used in the United Kingdom and elsewhere. But passive detectors are prone to producing false positives caused by benign, but slightly radioactive materials such as cat litter and stoneware. Scientific American >>

Reliable detection of chemical, biological and explosive threats is the first step in a successful interdiction and control operation. In a laboratory environment, there are many techniques that can be used to identify unknown materials. In a non-laboratory environment, the detection process is compromised by the presence of various backgrounds and interferents. These materials are problematic because their responses have similarities with the materials to be interdicted; confusion of the detection algorithms results, which produces false positive and false negative identifications. If the error rate is large enough, first responders and security forces will refuse to use instrument. CBRNe Portal >>

When disaster strikes, it rarely impacts just one jurisdiction. Many catastrophic disaster plans include support from neighboring jurisdictions that likely will not be available in a regional disaster. Bringing multiple stakeholders together from sectors that do not routinely work with each other can augment a response to a disaster, but can also be extremely difficult because of the multi-disciplinary communication and coordination needed to ensure effective medical and public health response. Global Biodefense >>

For decades, the Pentagon has been training dolphins and sea lions to help detect underwater mines and intruding divers near U.S. military bases and along the paths of U.S. and allied ships in foreign locations. In San Diego, the U.S. Navy spends roughly $28 million a year to train and maintain about ninety dolphins and fifty California sea lions.In the future, Unmanned Underwater Vehicles (UUVs) may replace the marine mammals in the mine-detection mission, but for now they share the assignment. HSNW >>

If North Korea Collapses, What Happens to Its WMDs?

North Korea’s weapons of mass destruction (WMD) pose a number of challenges, particularly how to find and secure those weapons if the regime collapses. This paper will look briefly at 1) North Korea’s nuclear, chemical and biological programs; 2) activities coalition forces might conduct in a collapse scenario; and 3) challenges posed by an operation to eliminate the North’s WMD. The Diplomat >>

Mexican authorities have issued an alert for five states after the theft of potentially dangerous radioactive materials. A container of Iridium-192 used for industrial radiography was taken from a truck in the town of Cardenas in Tabasco state. BBC News >>

Novel Nanoparticles Could Save Soldiers’ Lives After Explosions

Soldiers who suffer internal trauma from explosions might one day benefit from a new treatment now under development. Researchers report in the journal ACS Macro Letters that injecting a certain type of nanoparticle helped reduce lung damage in rats experiencing such trauma. The potential treatment, which could be given at the most critical moment immediately after a blast, could save lives. Medical Design Technology >>

Evidence strongly suggests that Syrian government helicopters dropped barrel bombs filled with cylinders of chlorine gas on three towns in Northern Syria in mid-April 2014, Human Rights Watch said earlier this week. These attacks used an industrial chemical as a weapon, an act banned by the international treaty prohibiting chemical weapons that Syria joined in October 2013. The Syrian government is the only party to the conflict with helicopters and other aircraft. HSNW >>

Iran and Israel have been cooperating under the auspices of an international body set up to monitor a ban on nuclear bomb tests, its director said on Monday. Negotiated in the 1990s, the Comprehensive Nuclear Test Ban Treaty enjoys wide global support but must be ratified by eight more nuclear technology states — among them Israel and Iran, as well as Egypt and the United States — to come into force. In the interim, Middle East signatories have regularly held technical meetings, including in Jordan in November and December to practice detecting illicit testing. Reuters >>

Two ambulance safety resources for emergency medical services (EMS) leaders, professionals and organizations nationwide the aim of which is to reduce the injury and fatality rate of EMS personnel have been released by the Department of Homeland Security (DHS) Science and Technology Directorate (S&T). HS Today >>

The Homeland Security Department needs to improve its research and development process so that it can better address gaps in its framework to find and intercept the smuggling of nuclear and radiological materials, congressional investigators said in a new report. Fierce Homeland Security >>

The preliminary deal agreed between six world powers and Iran over its nuclear program has been hailed as an opportunity to end years of global tension, prevent a nuclear arms race in the Middle East and ease sanctions that have crippled Iran’s economy. Iranian science may also be a winner. Scientific American >>

What are the Radiation Levels at a Nuclear Fuel Storage Site?

Immediately next to the closest publicly-accessible area boundary, the total dose received from a dry nuclear fuel storage facility containing sealed NUHOMS containers is virtually undetectable, and is well below the regulatory limit of 25 mrem over the course of one year. By way of comparison, the average American receives a dose of about 310 mrem in one year from natural background sources of radiation, such as cosmic rays and radon. Next Energy Blog >>

Earlier today the U.S. Senate confirmed Russell Deyo to be the Under Secretary for Management at the Department of Homeland Security, the third most senior position in the Department. Deyo’s confirmation is long overdue. Deyo received near-unanimous support, with 95 Senators voting in favor of his confirmation, and only two opposed. Security Insights >>

The company behind much of the satellite imagery found on Google Maps and Microsoft Bing is now offering analytical services that can help track human activity, from African elephant poachers to Islamic terrorists. DigitalGlobe Inc. recently became the first commercial supplier of satellite imagery to offer images in 30-centimeter resolution — high enough to identify manhole covers, fire hydrants and other objects on the ground from a constellation of satellites orbiting hundreds of miles above Earth. DefenseTech >>

NS (Nuclear Ship) Savannah, the first commercial nuclear-powered cargo vessel, is seen here heading to the World’s Fair in Seattle. Built in the late 1950s at a cost of $47 million, including a $28 million nuclear reactor and fuel core, the Savannah was a demonstration project for the potential use of nuclear energy. She was launched in July 1959 and named for the SS Savannah, the first steamship to cross the Atlantic Ocean. U.S. NRC >>

Looking back on the soon-to-be 70 year history of America’s experience with nuclear weapons, what did the United States do right? What did it do wrong? And what can it do better in the future? As a historian who has spent a great deal of time studying America’s nuclear statecraft, I am often asked these questions. War on the Rocks >>

The Defense Department cannot afford to replace its aging nuclear-missile submarines, ICBMs, and long-range strategic bombers unless it gets a funding boost or radical policy changes are made, according to a top Pentagon official. Even if Congress approves the White House’s 2016 budget for the Pentagon, the Pentagon will find itself $10 billion to $12 short beginning in 2021. Defense One >> 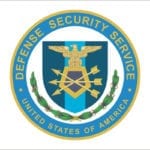 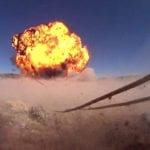