The U.S. is increasing protection at government buildings and stepping up random screenings at airports in response to last week’s terrorist attacks in France, the Department of Homeland Security says. Secretary Jeh Johnson says he has ordered an enhanced presence at federal buildings around the country without providing specifics about which facilities were involved. Emergency Management >>

The original TRIA bill was initiated shortly after the 9/11 attacks to provide a federal backstop to protect insurers in the event an act of terrorism results in losses above $100 million. In that bill, if insurers’ losses remained under $27.5 billion, the federal government would recover its contribution via surcharges on all property and casualty policies, while losses totaling more than $100 billion would be covered by the affected policyholders. TRIA has already been extended twice and the most recent version of the bill will raise the federal coverage backstop from $100 million to $200 million by 2020. HSNW >>

An Ohio man has been indicted for allegedly threatening to kill House Speaker John Boehner (R-Ohio), WCPO and the Associated Press report. The man, Michael Robert Hoyt, served Boehner drinks at the Wetherington Golf & Country Club in West Chester, Ohio for more than five years, but was fired in October. Huffington Post >>

Lawrence Livermore National Laboratory (LLNL) researchers, in collaboration with the startup DNATrek, have developed a new method to accurately trace contaminated food back to its source. LLNL designed the technology, known as DNATrax, which are particles comprised of sugar and non-living and non-viable DNA that can serve as an invisible barcode. It’s an odorless and tasteless substance that’s been approved by the Food and Drug Administration as a food additive, safe for consumption. Global Biodefense >>

In the early 1990s, an epidemic of cholera killed thousands of people in Latin America. The new strain came from Asia, and experts suspected cargo ships of accidentally transporting the pathogen in the water that fills their ballast tanks. In order to prevent such outbreaks, and the spread of invasive species, many nations have agreed to require ships to treat their ballast water starting next year. Science Insider >>

An effort is underway to again allow spent nuclear fuel to be shipped to Idaho National Laboratory for research projects, after more than two years without any such shipments. Such shipments have been banned by the state since Jan. 1, 2013, as a consequence for DOE missing a nuclear waste cleanup deadline in the 1995 Settlement Agreement. Idaho Statesman >>

In a 242 to 180 vote, the House Wednesday passed the Fiscal Year 2015 Department of Homeland Security Appropriations Act (H.R. 240) with controversial amendments that could sabotage the funding bill in the Senate. The bill will likely stall in the Senate, where it faces stiff opposition and isn’t likely to get the 60 votes needed. And even if it were somehow passed by the Senate, President Obama has indicated he’d veto it. HS Today >>

In 2007 the Labor government established Prevent, a counterterrorism strategy, along with other policy elements — Pursue, Protect, and Prepare. Prevent was intended to deter individuals from becoming radicalized, but some counterterrorism experts believes that the government needs a broader approach to carry out the program. HSNW >>

The U.S. Army has extended the submission window for a Request for Information on technologies to support the Chemical Surface Detector (CSD) effort. The program is managed by the Joint Project Manager Nuclear Biological Chemical Contamination Avoidance (JPMNBCCA), part of the Joint Program Executive Office for Chemical and Biological Defense. Global Biodefense >> 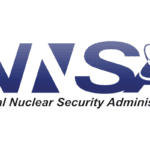 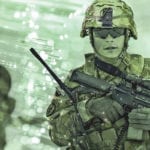