Topics in this issue include nuclear facility disaster preparedness, Blue Grass Army Depot, and the future of handheld chemical detection.

The earliest mass-produced gas masks were little more than flannel head and neck coverings with a rectangular peephole. These early World War I masks, developed in response to the Ypres attack, were treated with sodium thiosulfate to neutralize chlorine. Not long thereafter, the crude personal protection devices gave way to more advanced masks that were connected to a canister filled with activated charcoal to filter poison gases. Chemical & Engineering News >>

Extremist groups continue to develop explosive and chemical emission devices that are increasingly difficult to detect by employing techniques to disguise the technology, or designing and engineering to emit only trace amounts of vapor, making them difficult to detect using existing technology. These developments call attention to the imminent need to equip first responders with modern advanced analytical capabilities that provide actionable answers in the field. Domestic Preparedness >>

Battelle and Rhombus Power Inc. today announced they have teamed to offer solutions to the Department of Defense for the Man Portable Radiation Detection System (MRDS) program. The MRDS will provide enhanced detection capabilities to specialized WMD teams and facilitate the flow of critical information on an adversary’s WMD program. Global Biodefense >>

The Science of Responding to a Nuclear Reactor Accident

The report addresses off-site emergency response and long-term management of nuclear accident consequences; estimating radiation exposures of affected populations; health effects and population monitoring; other radiological consequences; and communication among plant officials, government officials, and the public and the role of the media. National Academies Press >>

Senator Martin Heinrich (D-NM), a member of the Senate Committee on Energy and Natural Resources, has introduced a bill called the Microlab Technology Commercialization Act (S. 2932) to accelerate technology transfer by establishing off-campus microlabs that would serve as the ‘front-door’ to national laboratories. FLC Newslink >>

U.S. officials screened nearly 2,000 travelers for Ebola symptoms over 31 days in October and November. Only seven travelers with symptoms were referred to the CDC for medical exams, and none had the disease, according to a new report from the CDC. USA Today >>

Montreal based PyroGenesis Canada, a specialist in the use of plasma technology for waste to energy and material processing, has obtained phase 2 funding for the fabrication of a Tactical Mobile Plasma System for the destruction of chemical warfare agents, such as those being dealt with in Syria. Waste Management World >>

Blue Grass Army Depot will be the last site in the United States to have its chemical-weapons stockpile destroyed. The year 2023 is officially given as the date when the last munition will be destroyed in Central Kentucky, but it is Williams’ opinion — which he shared in Europe — that the Madison County stockpile will be destroyed before then. Kentucky.com >>

“It is entirely unacceptable that DHS ranks lowest on the list of large federal agencies on the 2014 Best Places to Work survey. This once again underscores the concerning challenges the department and its components continue to face with morale. While Secretary Johnson has made forward strides, DHS must do better. It’s time that senior leadership within the department is truly held accountable for improving employee morale.” U.S. House Committee on Homeland Security >>

Homeland security professionals have been heard to lament the “nothing happens until something moves” effect of support for homeland security.  The idea is that only after a disaster or major event, like a terrorist attack, is attention refocused on the support of homeland security goals and objectives. Homeland Security Watch >>

The RoboSimian team at JPL is collaborating with partners at the University of California, Santa Barbara, and Caltech to advance to state-of-the-art for robotics. The team is prepping to face the challenges of the DARPA Robotics Challenge Finals, which requires tasks such as driving a vehicle and getting out of it, negotiating debris blocking a doorway, cutting a hole in a wall, opening a valve and crossing a field with cinderblocks or other debris. NASA Jet Propulsion Laboratory >>

Over half the US population lives in close proximity to one of the nation’s 65 nuclear power plants, each of which is surrounded by what is known as an Emergency Planning Zone (EPZ) for preparedness activities for a potential exposure to a radiation plume and radiation via ingestion. The Bifurcated Needle >>

The House Wednesday approved the Border Patrol Agent Pay Reform Act of 2013, which would dramatically simplify the current pay system for Border Patrol agents and addresses concerns raised by the Office of Special Counsel about the misuse of Administratively Uncontrollable Overtime (AUO) by the agency. HS Today >>

The British Army is taking a look at what impact future technology developments may have on land forces by 2040 and has recruited a major research company to identify potential ideas from the commercial, academic and other sectors. Defense News >> 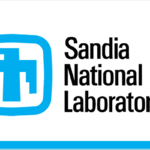 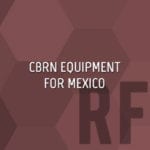