Senate Easily Passes Bill for a Voice on Iran Nuclear Accord

A bill that would give Congress a voice in any nuclear agreement between world powers and Iran passed the Senate overwhelmingly on Thursday, a rare bipartisan accord to curb executive authority in an era of expanding presidential power. NY Times >>

Over the past two weeks, Army operators used a state-of-the-art system to safely destroy WWI- and WWII-era chemical munitions recovered during range clearance activities on the Schofield Barracks range between 2009 and 2012. KHON2 >>

Jumping Species — Infections that Spill Over from Animals

Zoonotic diseases are those that originate in animals and cross the species barrier to infect humans. Zoonotic pathogens may be bacteria, viruses, parasites, fungi, or unconventional agents such as prions. They can cause both familiar diseases (e.g., salmonellosis, rabies) and more exotic ones (e.g., Ebola, anthrax). While domestic animals can transmit infections to humans, wildlife (e.g., non-human primates, bats, rodents, ticks, and insects) tend to be significant disease reservoirs. CBRNe Portal >>

The Muhammad Art Exhibit in Garland, Texas, and the foiled attack on it by two Phoenix followers of ISIS, highlight the tensions between protecting Americans’ freedom of speech and preserving public safety. HSNW >>

A bipartisan effort to revamp how the U.S. government tests and regulates toxic industrial chemicals reached a new milestone last week when a Senate panel easily advanced a measure to overhaul the Toxic Substances Control Act (TSCA). Although the bill gained broader support among Democrats after sponsors revised an early draft, it still has a long way to go. Some liberal Democrats and environmental groups continue to oppose the measure, and a lengthy legislative and procedural battle lies ahead. Science >>

The Department of the Interior, Interior Business Center has released a Broad Agency Announcement (BAA) seeking proposals for detection systems to prevent the spread of an intentional introduction or natural occurrence of a catastrophic foreign animal, emerging, or zoonotic diseases. Global Biodefense >>

The Need for Nuclear Alerts

The U.S. general who commanded America’s nuclear forces and a few other notable American national security leaders have forged an alliance of sorts with a number of European, Russian, and Asian military officers and national security experts over a most explosive issue. The Global Zero Commission on Nuclear Risk Reduction, chaired by retired Gen. James Cartwright, is calling for the end of U.S. and Russian nuclear “hair-trigger” attack readiness as well as a series of agreements among the “nuclear club” that would end alert status for nuclear forces. War on the Rocks >>

A nuclear weapon in the hands of terrorists is the stuff of nightmares, especially for U.S. agencies charged with preventing a devastating attack. When security or law enforcement agents confiscate nuclear or radiological weapons or their ingredients being smuggled domestically or internationally, they must quickly trace them back to their source. This is where the science of nuclear forensics comes in. HSNW >>

Eyes watering, struggling to breathe, Abd al-Mouin, 22, dragged his nephews from a house reeking of noxious fumes, then briefly blacked out. Even fresh air, he recalled, was “burning my lungs.”  NY Times >>

Microwave-radar technology developed by NASA and the Homeland Security Department helped locate and save four men trapped under at least 10 feet of rubble in the aftermath of the 7.8-magnitude earthquake that hit Nepal April 25. Fierce Homeland Security >>

Conflagrations and terrorist attacks are a threat for tunnels and bridges, so engineers are searching for ways to make tunnels and bridges as robust as possible. A new type of shotcrete — which used to be considered impossible to manufacture — was created by scientists to render the structures more robust. Despite its high steel and synthetic-fiber contents, it can be sprayed on easily. HSNW >>

While the Obama administration spent the past two years getting within striking distance of a deal to delay Iran’s race for a nuclear bomb, North Korea went on an atomic spending spree: an expansion officials here fear Washington has little hope of stopping. NY Times >>

Turning the Nation’s Cellphones Into Walkie-Talkies During Emergencies

There are some interesting solutions being floated around the Defense Department by the President’s National Security Telecommunications Advisory Committee, a panel that compiles recommendations on critical national security and emergency preparedness issues.  Nextgov >> 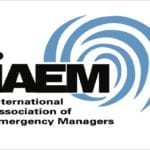