The scientists found that veterans with a gene variant that complicates their bodies’ efforts to metabolize chemicals in anti-nerve agent pills — pyridostigmine bromide, or PB — were up to 40 times more likely to have Gulf War illness symptoms than those who took the pills or were exposed but had a different gene variant. Military Times >>

The Secret Service will be searching social media messages this Sunday to discern between real and bogus threats during the Super Bowl, according to Department of Homeland Security officials. But agents will not be using sarcasm-detecting software they have expressed an interest in buying, the agency said. Nextgov >>

Tracerco, part of the Johnson Matthey group, has added to its range of radiation monitors with a family of Personal Electronic Dosimeters (PEDs). The PED-IS can be used to measure radiation exposure in potentially explosive environments (Intrinsically Safe), making it ideal for use globally by the emergency services, the oil and gas industry, and in nuclear, medical and mining environments. CBRNe World >>

The Defense Threat Reduction Agency (DTRA) has awarded a $1.9 million grant to researchers at the University of Nebraska Medical Center (UNMC) to develop a new therapy to protect service members from nerve agent exposure. Global Biodefense >>

House Delays Vote on “The Toughest Border Security Bill Ever”

The House was supposed to vote on Wednesday on what Republicans have called “the toughest border security bill ever,” but the bill faced vociferous criticism from different sides of the GOP caucus. The border security bill, Secure Our Borders First Act (H.R. 399), sponsored by House Homeland Security Chairman Michael McCaul (R-Texas), would impose harsh penalties for federal agencies that fail to meet certain requirements. HSNW >>

Thousands of Britons and tourists were put at risk from radiation following the poisoning of Russian spy Alexander Litvinenko, an inquiry into his death has heard. The murder sparked a major nuclear, chemical and biological alert across London and at major airports after it emerged deadly polonium 210 had been used. The Telegraph >>

Unmanned aircrafts are an ideal choice when operations are required in environments that would be hostile to a manned aircraft or its crew. Airborne sampling or observation missions related to chemical, biological, radiological and nuclear (CBRN) threats would be ideally suited to unmanned aircrafts. Sensors can be fitted to a range of types, from a small man-portable system for local tactical use, to large aircraft-sized systems for global monitoring. CBRNe Portal >>

Homeland Security is Back in the Limelight

A recent poll by the Pew Research Center found that defending the country against terrorism should be the No. 1 priority for the federal government. It was ranked as a priority higher than the economy, jobs, education and Social Security. For the first time in the past five years, homeland security received more support than the economy as the top issue of concern. The Hill >>

Many drinking water treatment facilities worldwide disinfect water with ultraviolet light because it’s quick and efficient, kills protozoa such as Giardia, and doesn’t introduce potentially harmful disinfection by-products. But a new study shows that UV treatment alone can push bacteria into a dormant state instead of killing them, and that in some cases, the bacteria can later revive and proliferate. Chemical & Engineering News >>

Go Back to Basics to Reform Homeland Security

The Homeland Security Act of 2002 formed DHS by melding 22 disparate agencies into the third-largest Cabinet-level department. Given the rapidity with which the department was formed, it should be no surprise that the result was a loose confederation of components. Politico >>

Last fall, a team of NRC inspectors was tasked with evaluating whether issues at the Pilgrim nuclear power plant that triggered increased agency oversight had been satisfactorily addressed. That team has now returned its findings in the form of a newly issued inspection report. And the answer – at least at this point in time – is that Entergy, the Plymouth, Mass., plant’s owner, still has some more work to do. U.S. NRC >> 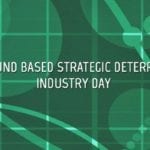