Topics in this issue include using soundwaves to monitor critical infrastructure, MOFs destroying nerve agents, and a cyanide letter sent to the White House.

Article highlighting some of the important ongoing efforts being conducted DoD and DOE to counter the threats posed by WMD and how those efforts apply to emergency preparedness. First, a brief discussion on some important U.S. documents that include the requirements for ensuring the security interests of the United States by countering WMD is provided. HDIAC Journal >>

A system for using sound waves to spot potentially dangerous cracks in pipes, aircraft engines, and nuclear power plants has been developed by a University of Strathclyde academic. A study found that transmitting different types of sound waves can help to detect structural defects more easily. This is achieved by varying the duration and frequency of the waves and using the results to recreate an image of the component’s interior. HSNW >>

An envelope addressed to the White House has tentatively tested positive for cyanide after two rounds of analysis, the Secret Service said Tuesday. Additional testing will be necessary to confirm the finding. The letter was received Monday at a facility that screens mail for the White House and is located away from the grounds of the executive mansion and its surrounding buildings in the heart of downtown Washington. Stars and Stripes >>

Northwestern University scientists have developed a robust new material, inspired by biological catalysts, which is extraordinarily effective at destroying toxic nerve agents that are a threat around the globe. The material, a zirconium-based metal-organic framework (MOF), degrades in minutes one of the most toxic chemical agents known to mankind: Soman (GD), a more toxic relative of sarin. Computer simulations show the MOF should be effective against other easy-to-make agents, such as VX. HSNW >>

Enough nuclear explosive to fuel half a dozen bombs, each powerful enough to obliterate central Washington or most of Lower Manhattan, is locked in a former silver vault at a nuclear research center near the South African capital. Washington Post >>

There have been multiple reports that IS has been deploying chlorine gas since late last year, but Iraqi officials say new video footage confirms its use. The videos show bomb disposal teams carrying out controlled explosions, which send plumes of orange smoke into the air. BBC News >>

Thermo-Fisher Scientific is being awarded a $19,900,325 firm-fixed-price contract for the provision of thermoluminescent dosimetry equipment and accessories to be used by Department of the Navy personnel who work in the vicinity of radioactive equipment. Global Biodefense >>

Russia was ready to bring its nuclear weapons into a state of alert during last year’s tensions over the Crimean Peninsula and the overthrow of Ukraine’s president, President Vladimir Putin said in remarks aired on Sunday. Military Times >>

If First Responder Broadband Network Isn’t Working By 2022, ‘We Should Be Shot,’ Program Director Says

Despite a spate of public emergencies in recent years — Hurricane Sandy, the Boston Marathon bombing and a mudslide in Washington state last year — it will be several more years until police officers, firefighters and others can access the federally funded, nationwide broadband network being built for first responders. NextGov >>

The biggest danger posed by today’s large nuclear arsenals is nuclear winter. One or two nuclear strikes could wreak devastating destruction on a few regions, but would not destroy human civilization as a whole. The roughly 16,300 nuclear weapons that currently exist, though, are more than enough to cause nuclear winter, which, through extreme cold conditions, ultraviolet radiation, and crop failures, could threaten the whole of humanity. Bulletin of the Atomic Scientists >>

The Defense Department organization set up to help troops detect and destroy improvised explosive devices (IEDs) in Iraq and Afghanistan will have a diminished role under an administrative “re-alignment” that will result in major cuts in funding and personnel Military.com >>

Kurdish authorities in Iraq have said they have evidence that Islamic State (Isis) used chlorine gas as a chemical weapon against peshmerga fighters, the latest alleged atrocity carried out by the extremist organisation now under attack in Tikrit. The Guardian >>

The announcement comes after months of uncertainty about the JIEDDO’s future. Some Pentagon officials wanted to shut it down, citing the end of the Iraq War and the need to cut costs across the Defense Department. Military Times >>

Mongolia has a long history of uranium exploration commencing with joint Russian and Mongolian endeavours from 1950s. Based on surveys in the past 3 decades, the country was classified into four uranium provinces: Mongol-Priargun, Gobi-Tamsag, Khentei-Daur and Northern Mongolian. Within these provinces, nine uranium deposits and about 100 uranium occurrences were identified. World Nuclear Association >>

Many of those so-called “go bags,” medicine kits and boxes of canned food and water that Americans stockpiled after the 9/11 attacks have been lost, expired or gone bad. Rep. Robert Pittenger, R-N.C., says it’s time to pack a new emergency bag and draft updated evacuation plans in preparation for another terrorist attack. He’s put together a “how to” handbook to help constituents and other members of the public plan what to do. McClatchyDC >>

The Fukushima Disaster Wasn’t Disastrous Because of the Radiation

The real health and environmental impacts from the Fukushima reactors are nothing compared to the tsunami. Contrary to all the hype and fear, Fukushima is basically a large Superfund site. No one will die from Fukushima radiation, there will be no increased cancer rates, the food supply is not contaminated, the ocean nearby is not contaminated. Forbes >>

The New York Times: Which President Cut the Most Nukes?

Weeks after federal and state officials launched an investigation into how the burkholderia pseudomallei bacteria which causes life-threatening disease Melioidosis, escaped a laboratory at the Tulane National Primate Research Center in Louisiana, another investigation is now looking into how a veterinary clinic worker might have been exposed to the bacteria. Tulane was conducting vaccine research on the bacteria in a laboratory that requires a biosafety level 3 rating — the second highest security level. HSNW >> 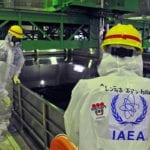 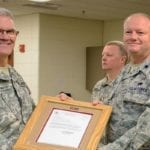