Topics in this issue include an updated nuclear warhead count, the Counter-Terror Olympics, the Chernobyl Shelter Fund, and CBRNE mass casualty management.

In a speech to the Review Conference of the Non-Proliferation Treaty in New York, U.S. Secretary of State John Kerry disclosed new information about the size of the U.S. nuclear weapons stockpile. First, Kerry updated the DOD nuclear stockpile history by declaring that the stockpile as of September 2014 included 4,717 nuclear warheads. That is a reduction of 87 warheads since September 2013, when the DOD stockpile included 4,804 warheads, or a reduction of about 500 warheads retired since President Obama took office in Jan 2009. Federation of American Scientists >>

Located in the northern part of the Madrid region, the Chemical, Biological, Radiological and Nuclear Defense School is the main center for CBRN Education and Training in Spain. Despite being a small center with around twenty people, it has several courses, seminars and other education activities in its agenda every year. But the education is only a part of the everyday activities. CBRNe Portal >>

Former US special operations members working at King Abdullah Special Operations Training Center created the Annual Warrior Competition in which elite counterterrorism squads from several countries went to Jordan’s capital, Amman, to participate in what organizers call “The Olympics of Counter Terrorism.” The contest was started in 2009. HS Today >>

Towards a Better Understanding of Civil Liability for Nuclear Damage

Joining the international regime on civil liability and compensation in case of nuclear damage brings distinct advantages to countries when a nuclear accident affects several Member States. This was the message delivered to participants from 41 countries at this week’s IAEA workshop on the legal aspects of nuclear liability and the international legal instruments available. IAEA >>

Austria, Backed by 159 Nations, Calls for Ban on Nuclear Weapons

Austria on Tuesday called for banning nuclear weapons because of their catastrophic humanitarian effects, an initiative it said now has the backing of 159 countries. Austrian Foreign Minister Sebastian Kurz was speaking at the five-year review conference of the 1970 nuclear Non-Proliferation Treaty (NPT). Reuters >>

Arson Suspected Cause of Forest Fire Near Chernobyl

Firefighters this week were still battling to extinguish Ukraine’s worst forest fire in 23 years, but state officials said its spread towards the site of the Chernobyl nuclear power plant had been halted. Prime Minister Arseniy Yatsenyuk said yesterday that the situation was already under control and that there had been no changes to levels of background radiation. World Nuclear News >>

According to the U.S. State Department, one of the agreement’s provisions creates a dedicated procurement channel for Iran’s nuclear program. This channel will “monitor and approve, on a case-by-case basis, the supply, sale, or transfer to Iran of certain nuclear-related and dual-use materials and technology,” a US State Department press release on the agreement says. President Obama has described the channel as being run by a “procurement committee.” Bulletin of the Atomic Scientists >>

Sixty Percent of Americans Not Practicing for Disaster

A recent Federal Emergency Management Agency (FEMA) survey found that nearly 60 percent of American adults have not practiced what to do in a disaster by participating in a disaster drill or preparedness exercise at work, school, or home in the past year. Global Biodefense >>

This spring, the Lessons Learned Information Sharing (LLIS) program that’s been managed by the Federal Emergency Management Agency’s (FEMA) Corrective Action and Lessons Learned Branch of the National Preparedness Directorate will make a significant change by relocating its massive archive of important resources, which include an untold number of lessons learned, best practices and after action reports. HS Today >>

How States Budget For Disasters Examined By GAO

Ten states selected by the Government Accountability Office to meet a congressional request to examine how states typically budget for costs associated with disasters, and any changes to those budget approaches during the past decade, found all 10 states had “established budget mechanisms to ensure the availability of funding for the immediate costs of unforeseen disasters and the ongoing costs of past disasters.” HS Today >>

Russia is using cut-price nuclear energy deals as leverage to influence EU states and shore up long-term alliances in the Middle and Far East, according to energy analysts. Analysis of recent deals secured by Russia’s state nuclear corporation Rosatom reveals a costly drive by Moscow to lock countries including Hungary, Bulgaria, Slovakia, the Czech Republic, Iran, Turkey, Jordan, Egypt, India, Bangladesh, Vietnam and Argentina into arrangements that will mean they rely on a supply of nuclear fuel from Russia for decades. Newsweek >>

A Skeptic’s Guide to the Iran Deal

Bringing Out the Dead: Mass Fatality Management in the CBRNE Context

The Chernobyl Shelter Fund was set up in 1997 to assist Ukraine in transforming Chernobyl into an environmentally safe state. The Shelter Implementation Plan is the strategic framework developed to overcome the consequences of the 1986 accident. World Nuclear News >>

Chairman Michael McCaul, R-Texas, on the hearing: “Last month, our Committee held a hearing regarding an Inspector General investigation involving allegations against DHS Deputy Secretary Alejandro Mayorkas. The report’s findings are troubling as the IG made some very serious charges against Mr. Mayorkas.” House Committee on Homeland Security >> 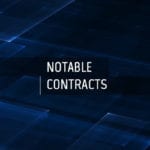