The U.S. and other nuclear powers failed to use a recent United Nations conference to advance the cause of nuclear disarmament. The meeting in May was supposed to strengthen international efforts to contain nuclear weapons. Instead, it was a reminder of the deep divisions over the future of nuclear weapons and what efforts should be made to eliminate them. NY Times >>

Anthrax: As Many as 51 Labs in 17 States, 3 Countries, Received Live Samples

An Army testing facility in Utah mistakenly sent live anthrax samples without proper safeguards to as many as 51 commercial companies, academic institutions and federal laboratories, and that total is expected to increase, a widening Pentagon investigation has found. LA Times >>

The Army will soon begin integrating electronic stability control (ESC) into Mine Resistant Ambush Protected, or MRAP, vehicles, which will prevent against vehicle rollovers and maximize warfighter safety. ESC is a computerized technology that has been incorporated into commercial automobiles for over 10 years to improve vehicle stability. Defense Systems >>

While militant groups such as al-Shabaab, Boko Haram, and the Islamic State of Iraq and al-Sham, or ISIS, use IEDs to kill and maim, they do not manufacture detonators and blasting caps. Nor do they manufacture munitions, fertilizers—such as ammonium nitrate-based fertilizer—or other chemicals needed to make explosives. Rather, these militant groups repurpose munitions and import these precursor chemicals and detonators through facilitators or by smuggling the goods across borders. Center for American Progress >>

The performance of airport security screeners on a recent investigation by undercover agents was appalling. The screeners failed to detect weapons, mock explosives and other prohibited items 95 percent of the time at airports across the country, which may be a shock to travelers who assumed the hassle of screening was worth it if it kept them safe. NY Times >>

Iran was permitted to keep enriching uranium under the Joint Plan of Action. This means that more enriched uranium would be present in Iran in the future than in the past. But, recognizing that, the P5+1 took the important step of requiring Iran to convert the material to a more proliferation resistant form, uranium oxide, and most of the 20 percent increase identified is in this form. Brookings Institution >>

The chemical threat from Syria has plunged over the past year to the point that Israeli planners did not include gas-tipped missile strikes among the doomsday scenarios driving this year’s annual emergency homefront drill. Israeli Defense Minister Moshe Ya’alon said the chemical threat to Israeli citizens has dropped significantly as a result of international pressure to demilitarize Syria’s chemical weapons stockpiles. Defense News >>

Disaster Droids Face Off in the DARPA Robotics Challenge

Final preparations are being made by 24 robotics teams about to compete for $3.5m (£2.3m) worth of prizes in a Pentagon-backed competition. Their machines are being challenged to carry out a series of disaster-related tasks in the shortest time possible. BBC >>

Nanotherapeutics Inc., of Alachua, Florida, was awarded a $43,249,906 contract modification for research and development of medical countermeasures and their manufacture to counter a chemical, biological, radiological, nuclear and explosives (CBRNE) attack against military and civilian targets. Global Biodefense >>

There is something broken about how reporters and pundits are covering these negotiations, something that wastes a lot of our time speculating about things that are knowable and reduces our conversation to little more than cheerleading for or against a deal. Center for Nonproliferation Studies >>

When a CBRN attack is suspected, the ability to quickly and remotely confirm the attack is vital to avoid further potential contamination. Researchers at Science and Engineering Services developed a Lean-Sensing approach that utilizes a small Lidar (Light Detection and Ranging) plus a low-cost, quad-rotor Small Unmanned Aircraft System (SUAS). These systems can geo-locate hazards from a distance using Lidar, which can offer real-time eight digit latitudes and longitudes, and they can detect/identify/report the hazard via on-board camera and communications in minutes. CBRNe Portal >>

A US uranium processing plant could be shipped to Turkey to fast-track uranium production under a newly announced merger of Uranium Resources Inc. with Australian uranium and exploration company Anatolia Energy, owner of the Temrezli uranium project. World Nuclear News >> 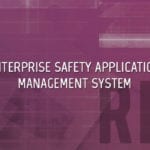