The ANSUR II 3-D Shape Database uses three-dimensional shapes and contour data to improve the fit of clothing and equipment for warfighters. It incorporates the latest Army anthropometric survey data and 3-D whole body scans, providing a searchable platform for the data and the 3-D shapes. Armed with Science >>

Joint Convention on the Safety of Radioactive Waste Management Wraps Up

In force since 2001, the Joint Convention seeks to achieve and maintain a high level of worldwide safety in spent fuel and radioactive waste management. To further that goal, Contracting Parties deliver national reports on their implementation of the convention’s obligations that are discussed and debated as part of a peer-review process during review meetings held every three years. IAEA >>

No Respect for U.S. Nonproliferation

Domestic critics and other nations claim indignantly that the United States is not doing enough to uphold the NPT because they believe that partial disarmament is never enough. Despite spending billions of dollars on nonproliferation programs, cutting its nuclear stockpile by 85%, and leading the world in stockpile transparency, nuclear disarmament advocates still accuse the United States of being a barrier to further disarmament. Real Clear Defense >>

As if the stakes weren’t high enough in the Middle East, Saudi Arabia put out a feeler in the media regarding its desire to obtain nuclear weapons from Pakistan. This is in response of Iran’s long ambitions for nuclear weapons, the P5+1 nuclear talks with Iran and Saudi Arabia’s deep-rooted discontent and distrust of both the talks and Iranian sincerity of stalling or abandoning those efforts. In Homeland Security >>

The unsettling development is China’s decision to equip its most powerful missile — the DF-5 for Dong Feng or East Wind, which can reach the United States — with multiple warheads instead of just one. The information was reported publicly for the first time earlier this month in the annual Pentagon report on China’s military and security programs. NY Times >>

Like other attempts to fix perceived problems in the military procurement system, the 1986 Goldwater-Nichols Act has had unintended consequences that now warrant another reorganization to give the military services back some of their lost power, the Senate Armed Services Committee concluded in its version of the National Defense Authorization Act for Fiscal Year 2016. National Defense >>

Lately, advocates for fast neutron reactors have been arguing that breeders and reprocessing can reduce the long-term hazards associated with burial of high-level waste. But these long-term benefits are offset by short-term risks and costs. Studies show that long-lived fission and activation products in spent fuel—not isotopes that could be fissioned through breeders and reprocessing—dominate the radioactivity doses that leakage could release. Bulletin of the Atomic Scientists >>

The Israeli government is worried the Obama administration will allow a U.N. conference this week to adopt a resolution that could compel Israel to acknowledge its nuclear arsenal. At issue is a proposal at the Nuclear Nonproliferation Treaty Review Conference that would empower the U.N. secretary general to organize a conference to pursue a Middle East free of nukes and other weapons of mass destruction. Bloomberg View >>

There are many problems with how the military spending plan for 2016 is shaping up, including budget gimmickry, political chicanery and a refusal to make the right choices. Republicans and Democratic hawks are determined to pour billions of additional dollars into the Pentagon (the House passed a nearly $612 billion defense authorization bill this month), but Republicans also want to pretend they are being fiscally careful. So lawmakers are using any trick to make it look as if both goals are being accomplished. NY Times >>

In a major victory for those who pointed, post-Fukushima, to the risks involved in having a nuclear power reactor operating too close to a seismic fault, as is the case with the Diablo Canyon nuclear reactors, U.S. Nuclear Regulatory Commissioners have ruled – in a decision that could mark the beginning of the end of Diablo Canyon — that an Atomic Safety Licensing Board will decide whether Pacific Gas & Electric Co. was allowed illegally to alter the plant’s license. HSNW >>

After two years of preparation the JUPITR Operational Demonstration is poised to illustrate a means for detection, protection and early warning of Biological Agent exposure on the Korean Peninsula. The program is led by the Joint Program Executive Office for Chemical and Biological Defense (JPEO) and supported by the U.S. Army Edgewood Chemical Biological Center (ECBC). ECBC >>

Robots to the Rescue in Disaster Situations

The President Blinked: Why Obama Changed Course on the Red Line in Syria

In August of 2013, a rebel-held suburb of Damascus was attacked with sarin gas — a nerve agent that causes lung muscle paralysis and results in death from suffocation. The attack killed 1,400 men, women and children, and at the White House, officials asserted “with high confidence” that the government of Bashar al-Assad was responsible. Frontline >>

Japan Nuclear Regulator Finishes Review on Kyushu Reactors, Could Be First to Restart 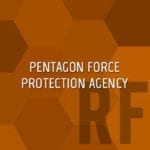