The Pentagon’s trillion-dollar plans to modernize the U.S. nuclear arsenal are excessive and unaffordable. As the Air Force and Navy admit, their nuclear shopping lists outstrip their budgets. This gives Carter an historic opportunity to bring the nuclear weapons budget in line with U.S. security needs. Defense One >>

U.S. military bases in Europe will heighten their security precautions in response to recent terrorist attacks and plots in France, Belgium and Germany. In November, EUCOM also told troops not to wear their uniforms off base unless commuting to or from work. Military Times >>

The House is set to vote next week on what some Republicans are proudly calling “the toughest border security bill ever.” But once the roll is called and the measure is passed, then what? Not yet a month into the 114th Congress, Republican leaders’ plans to advance border security legislation are sparking some speculation this could be the first installment in the GOP’s long-promised “piecemeal” approach to fixing the immigration system. Roll Call >>

Soldiers from the 55th Explosive Ordnance Disposal Company responded to the unexploded ordnance discovery at the 1890s townhouse in this historic neighbor in the nation’s capital. The homeowner found the cannon ball while repairing his chimney. U.S. Army >>

Bruker Detection will introduce the new SVG3 lightweight radiation detector at this year’s IDEX, Abu Dhabi. The high precision, handheld device uses a combination of Geiger-Mueller counting tubes and semiconductor detectors, and yet weighs less than 1.5 kg. Operational convenience is improved by the use of a single probe that detects alpha-, beta-, gamma- and x-ray radiation simultaneously. CBRNe Portal >>

One of the greatest benefits brought about by the end of the cold war was the agreement been the United States and the former Soviet republics to cooperate closely in securing the large, and not-always-well-protected, Soviet nuclear stocks. This successful security program is now under threat. HSNW >>

Does The Islamic State Have Weapons Of Mass Destruction?

Do the jihadists Canada and her allies are combating in Iraq have weapons of mass destruction or are they capable of manufacturing them? Editor’s Note: This article, while somewhat poorly written, gives a decent mention to the Canadian Joint Incident Response Unit CBRN. Huffington Post Canada >>

The Pilgrim nuclear power plant experienced an automatic shutdown, or scram, early Tuesday amid Winter Storm Juno. Staff were sequestered on-site prior to the storm. The NRC also had an inspector stationed on-site overnight. Reactor power was reduced to 75 percent overnight, per procedures, as the grid experienced voltage fluctuations. Operators started the plant’s two emergency diesel generators and transferred electrical loads for safety systems to those on-site power supplies due to concerns with off-site power. U.S. NRC >>

Gunmen affiliated with the Tehrik-i-Taliban in Dec. 2014 attacked a public school in Peshawar, Pakistan, killing 145 people, many of them children. As it turns out, the lethality of December’s Peshawar attack was highly unusual. More than 70 percent of attacks between 1970 and 2013 worldwide targeting educational institutions resulted in no deaths, often taking place when school buildings were unoccupied and targeting the facility rather than individuals. UMD START >>

In an unprecedented food monitoring campaign for radionuclides, the Japanese government took action to secure food safety after the Fukushima nuclear accident (Mar. 11, 2011). Here researchers analyze a part of the immense data set, in particular radiocesium contaminations in food from the first year after the accident. Environmental Science & Technology >> 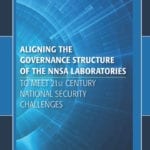 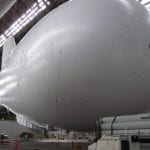