Topics in this issue include bomb-detecting sensors, North Korea and thermonuclear ICBMs, and ISIS’ pursuit of radioactive waste materials.

Dogs have been used for decades to sniff out explosives, but now a University of Rhode Island scientist and his team have come up with another way to detect bombs: sensors. The scientist has developed a sensor that can detect explosives commonly used by terrorists. One of these explosives is triacetone triperoxide. HSNW >>

The remains of two people were found Tuesday in what used to be the bedroom of their South Kitsap manufactured home following a massive pre-dawn explosion. The blast was heard as far away as Belfair and Naval Base Kitsap-Bangor. Kitsap Sun >>

Following an international competition, Thales has been awarded the role of prime contractor in the upgrade of three Sandown Class Single Role Minehunters for the Estonian Ministry of Defence. Thales will be the prime contractor, with responsibility for the revised vessel design, system and platform integration and all acceptance events. Thales >>

Paris Attacker Salah Abdeslam ‘Backed Out of Blowing Himself Up’

Salah Abdeslam, the prime suspect in November’s Paris attacks, has told police he was supposed to blow himself up at the Stade de France but backed out at the last minute. François Molins, the French public prosecutor, confirmed Abdeslam had been a key member of the group who carried out the series of bombings and shootings in the city on 13 November, but said the alleged confession should be treated with care and needed to be double checked. The Guardian >>

On the campaign trail, Senator Bernie Sanders, I-Vt., has described his policies as “revolutionary” and “radical.” So it’s no surprise that some observers are claiming that his nuclear weapons policies would be extreme as well. But, in fact, Sander’s recent record on this issue indicates he is well within the mainstream. Defense One >>

Are You Scared About North Korea’s Thermonuclear ICBM?

North Korea launched yet another satellite last week and it went right over the Super Bowl. Talk about godless commies. Pyongyang watcher Martyn Williams calculated that the North Korean satellite would be overhead during the big game and tweeted out that strange fact as a bit of a lark, but Breitbart felt the need to check with the FBI, who referred them to the U.S. military. Center for Nonproliferation Studies >>

The international body charged with establishing who is responsible for chemical attacks in Syria said Monday it has identified seven potential sites for investigation, which it hopes to begin next month. Virginia Gamba, who heads the Joint Investigative Mechanism of the UN and the Organization for the Prohibition of Chemical Weapons, said an initial report to the Security Council had identified five cases where chemical weapons might have been used. Further analysis led to two other suspected cases. CTV News >>

What Chemists Do: US Chemical Safety Board Investigator

Mary Beth Mulcahy, Ph.D, is an investigator at the U.S. Chemical Safety Board. Mulcahy doesn’t normally know what her day is going to be like at work. As an investigator at this federal agency, Mulcahy typically gathers evidence and witnesses at an incident scene. But her work goes beyond crunching data and analyzing numbers. Chem.info >>

In recent weeks, nuclear debates in South Korea centered on North Korea’s nuclear weapons tests and whether Seoul should develop its own nuclear weapons in response. But there is another nuclear issue percolating under the surface that is perhaps more critical to South Korea’s future: hollowing support for nuclear power. Carnegie Endowment >>

One of NNSA’s missions is emergency response, so it only makes sense that our sites and labs excel at emergency management on the local level. When an emergency strikes, communicating accurate and timely information is essential to effective response and resource management. NNSA >>

Global concern is rising after a pair of incidents suggest that the Islamic State is inching closing to its long-stated goal of acquiring a weapon of mass destruction. Fresh off the news that the terror group had used chemical weapons against Kurdish fighters in Iraq, Reuters reported that ISIS had stolen a laptop-sized device containing radioactive material, which the International Atomic Energy Agency has since confirmed was Iridium-192, from a site in Iraq. Fiscal Times >>

The Flawed Analogy Between Nuclear and Cyber Deterrence

Like nuclear weapons, the most powerful cyber weapons—malware capable of permanently damaging critical infrastructure and other key assets of society—are potentially catastrophically destructive, have short delivery times across vast distances, and are nearly impossible to defend against. To some leaders who matured during the nuclear age, these tempting similarities and the pressing nature of the strategic cyber threat provide firm justification to use nuclear deterrence strategies in cyberspace. Bulletin of the Atomic Scientists >>

A “highly dangerous” radioactive material that went missing in Iraq has been found dumped near a gas station in the southern town of Zubair, environment ministry spokesman Ameer Ali said on Sunday. The material had been stolen in November from a storage facility belonging to U.S. oilfield services company Weatherford near the southern city of Basra. It was not immediately clear how the material ended up in Zubair, around 9 miles southwest of Basra. NBC News >>

Prospects for DoD’s Budget Over the Next Decade

The Department of Defense’s estimates of the costs of the 2016 Future Years Defense Program (FYDP) exceed limits set forth in the Budget Control Act of 2011 by a total of $107 billion (in 2016 dollars) from 2017 to 2020. CBO projects a steep increase in acquisition costs starting in 2021, suggesting that weapons development and procurement is being deferred until beyond the FYDP period. Congressional Budget Office >>

Tuning Mechanical Properties of Radiation-Sensitive Material for Biomedical Use

An interdisciplinary team of researchers at North Carolina State University has developed a composite material that emits light and heat when exposed to specific wavelengths of radiation and that can be customized to have specific mechanical characteristics. The composite holds promise for use in biomedical imaging, drug delivery and therapeutic treatments. Medical Design Technology >>

Cyber Attack on the Ukrainian Electrical Infrastructure: Another Warning

For some time, security experts have warned that critical services – for example, electricity and water supplies – can be attacked through cyberspace. Until now, even if in possession of such capabilities, most countries have shown restraint in using cyber tools to materially disrupt essential services and critical infrastructure in enemy countries. Events in Ukraine, however, question whether this assumption of restraint is still valid. CIPRE >> 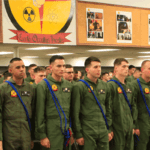