Topics in this issue include critical infrastructure protection legislation, animal diseases as bioweapons, hypersonics, and chem-bio shortfalls in the DoD.

Sixty percent of human diseases come from animal agents and 80 percent of the agents that could be used for bio terrorism are of animal origin, said Bernard Vallat, director general of the World Organization for Animal Health. Reuters >>

The Nuremberg Code was drafted in 1947 following the appalling revelations of human experimentation committed in Nazi concentration camps. Just four short years later, the government of the United States would violate the Code as it undertook one of the largest human experiments in history, spraying the city of San Francisco with a microbe, Serratia marcescens, in a simulated germ warfare attack. Discover >>

The Critical Infrastructure Protection Act (CIPA), legislation to protect the nation from an electromagnetic pulse (EMP) — a threat experts consider one of the most serious risks to our national security – was passed this past week by the House Committee on Homeland Security. HS Today >>

Besides the lethality factor that involves unplanned explosions and numerous victims, poor ammunition stockpile management can also lead to diversion from stockpiles through theft and illicit trade. There are 2-3 ammunition storage explosions recorded monthly around the world, and with ageing stockpiles the trend is that they are becoming more frequent.  CBRNe Portal >>

A new report from the U.S. Government Accountability Office (GAO) finds that after nearly 7 years, the Department of Defense (DoD) Chemical and Biological Defense Program (CBDP) Enterprise has not yet fully achieved its goal to identify required infrastructure capabilities. Global Biodefense >>

Banning Hypersonics: Too Much to Hope For

If relationships between weaker and stronger nuclear weapon states are to remain stable, mutual assured destruction must be maintained in a robust, credible way. But nations’ faith in the survivability of their nuclear deterrents could be seriously undermined by hypersonic missiles—either boost-glide systems or hypersonic cruise missiles—armed with conventional warheads. Bulletin of the Atomic Scientists >>

Preventing the Next Pandemic

How can governments and health organizations use the experience of the Ebola outbreak prepare for the next big one? How do public health officials convey that pathogens are not to be underestimated without causing panic? How do we prevent a pandemic? Revamping procedures and getting training for healthcare workers is one way. The Atlantic >>

The MOU calls for increased cooperation throughout the nuclear fuel cycle, including: uranium supply; reactor design, construction, operation and decommissioning; adaptation of designs to use alternative and advanced fuel cycles that support the safe and proper disposition of legacy material; development of workforce skills through partnerships between academic institutions, suppliers and operators; and, joint research and development prioritization. World Nuclear News >>

Determining the characteristics of above-ground explosions could be instrumental in the military gaining a better understanding of the exact cause of a blast. Historically, researchers have used seismic monitors to gather information about earthquakes and other below-ground natural and manmade events, but a pair of researchers at Lawrence Livermore have developed a method for determining the characteristics of near and above-ground explosions using the same seismic technology. Armed with Science >>

The Government Accountability Office reviewed the department’s Enterprise Acquisition Gateway for Leading-Edge Solutions, or EAGLE, II program. The so-called strategic sourcing contract is designed to help DHS agencies leverage buying power – versus individual procurements – so they can acquire IT products and services more efficiently and save money. Fierce Homeland Security >>

SRI International has been awarded a $12.2 million contract from the Biomedical Advanced Research and Development Authority (BARDA) to continue development of a diagnostic test for absorbed doses of radiation following a radiological incident. Global Biodefense >>

Sixty percent of human diseases come from animal agents and 80 percent of the agents that could be used for bio terrorism are of animal origin, said Bernard Vallat, director general of the World Organization for Animal Health. Reuters >>

Training in a gas chamber provides Soldiers the opportunity to get outside of their comfort zones and emphasize hands-on skill. The purpose of the mask confidence exercise was to refamiliarize Soldiers with the proper wear and preventive maintenance checks and services of their protective masks. Hawaii Army Weekly >>

This study describes the methodology by which Twitter was investigated as a potential disaster risk reduction and management tool at the community level and the process by which the at-risk population was identified from the broader Twitter user population. By understanding how various factors contribute to the superspreading of messages, one can better optimize Twitter as an essential communications and risk reduction tool. PLOS Disasters >>

A Tale of Two Recoveries: 5 Lessons from Hurricanes Katrina and Sandy

Recovery is the least understood (and least studied) part of the emergency management cycle with little systematic information about tracking progress geographically and over an extended time.  Unfortunately, once the disaster field offices close in local communities, recovery activity wanes. Emergency Management >>

Saudi Arabia and France signed three nuclear-related cooperation agreements in Paris on 24 June. One is to carry out a feasibility study for the construction of two power reactors in the Middle Eastern country. World Nuclear News >>

How to Stop States From ‘Weaponizing’ Nuclear Programs

Long before a final Iran nuclear agreement was on the horizon, plans have been afoot to generalize the hoped-for results of diplomacy far beyond the borders of the Islamic Republic. If these ideas bear fruit, after an Iran deal happens, most of the world’s nations will commit not to do things that are critical for building nuclear arms. Carnegie Endowment >> 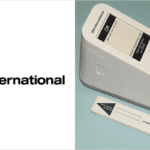 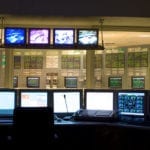