Factors such as having to evacuate homes or simply fear contribute to the trauma, the scientists said in studies published in The Lancet to mark the 70th anniversary of the U.S. atomic bombing of Hiroshima and Nagasaki. The studies counter the misconception that nuclear disasters have caused widespread death and physical illness, with the researchers finding that the mental health effects were far more profound. Reuters >>

House lawmakers this week grilled the new head of the Transportation Security Administration, an agency beset with problems such as serious screening and security lapses at airport checkpoints, low morale, and faulty equipment, among other challenges. But they also greeted Peter Neffenger warmly with a couple of congressmen calling him a “breath of fresh air.” Fierce Homeland Security >>

Americans Are Divided — And Slightly Confused — By the Iran Nuclear Deal

With about 50 days left for Congress to approve the nuclear agreement with Iran, supporters and opponents of the deal are frantically lobbying on Capitol Hill, exchanging barbs in the press, and making their case to the public. Vice News >>

This multi-scenario, science-based information aims to assist chlorine producers and users, local emergency planning committees, fire departments, and municipalities in estimating the area affected by a chlorine release for both emergency planning and hazard assessment. HSNW >>

To be sure, America’s capabilities abroad are significant, dwarfing those of any other nation. But they have declined dramatically. The Army returned more than 500 facilities in Germany alone as the Cold War ended, for example. Brookings Institute >>

The operation to remove the temporary cover over the damaged reactor building of unit 1 at Japan’s Fukushima Daiichi nuclear power plant began this week. The cover – installed in October 2011 to prevent the dispersal of radioactive materials – is to be dismantled to enable rubble to be taken down from the top of the building in preparation for the removal of fuel from the unit’s used fuel pool. World Nuclear News >>

By mid-2015, 30 countries were generating electricity from nuclear power. Nuclear plants generated 2,410 net terawatt-hours of electricity last year, a 2.2 percent increase over the previous year but close to 10 percent below the 2006 historic peak—by comparison, solar power surged by 38 percent and wind by 10 percent. A surprising eight countries (China, Hungary, India, Russia, Slovenia, South Africa, South Korea, and Taiwan) achieved their greatest nuclear production in 2014, but of these countries only China and Russia started up new reactors during the year. Bulletin of the Atomic Scientists >>

The US military’s explosive ordnance disposal community, bedeviled by roadside bombs in recent wars, is girding for a new threat: flying drones as IEDs. The crash landing of a hobbyist’s quadcopter on the grounds of the White House in January has sparked fears that a low-tech enemy like the Islamic State could harness such a device to deliver a bomb — and that explosive ordnance disposal (EOD) techs would have to confront it. Defense News >>

The Experimental Breeder Reactor No. 1, or EBR-1 for short, made history on December 20, 1951, when it became the first plant to generate usable electricity from atomic energy. (In 1954, a facility in Obninsk, Russia, became the world’s first nuclear power plant to generate electricity for commercial use.) Since tours began in 1975, the EBR-1 Atomic Museum has let visitors go right up and touch the instruments in the reactor control room, try their hand at the mechanical arms that used to hold radioactive materials and even stand on top of where the nuclear fuel rods once plunged. Smithsonian Magazine >>

Is Artificial Intelligence Really an Existential Threat to Humanity?

The risks of self-improving intelligent machines are grossly exaggerated and ought not serve as a distraction from the existential risks we already face, especially given that the limited AI technology we already have is poised to make threats like those posed by nuclear weapons even more pressing than they currently are. Disturbingly, little or no technical progress beyond that demonstrated by self-driving cars is necessary for artificial intelligence to have potentially devastating, cascading economic, strategic, and political effects. Bulletin of the Atomic Scientists >>

The newly created West African Integrated Nuclear Power Group (WAINPG) prepared a draft memorandum of understanding and three-year action plan at its first meeting, held last week in Niamey, Niger. The heads of delegations from Benin, Burkina Faso, Ghana, Mali, Niger, Nigeria and Senegal will take the MOU document to their respective governments for signature, which will commit them to proceeding with the initial planning for a regional nuclear power program. World Nuclear News >>

On April 13, 2015, several truck drivers parked at a grocery store in Tabasco, Mexico, and decided to leave their ruck unattended. Upon their return, they realized their cargo– a container carrying iridium-192 (Ir-192) that was used for industrial radiography– was missing. Center for Nonproliferation Studies >>

Dr. David C. Hassell, DoD’s deputy assistant secretary for chemical and biological defense programs, said 86 primary labs in 20 states, Washington, D.C., and seven foreign countries received the live spores from a lab at the Army’s Dugway Proving Ground in Utah over the last dozen years. Additionally, another 106 labs received “secondary transfers” from some of the original 86 labs, bringing the total to 192 labs in all 50 states, Washington, D.C., and three territories, including Guam, Puerto Rico and the U.S. Virgin Islands. Fierce Homeland Security >> 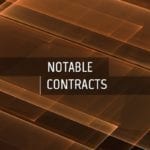 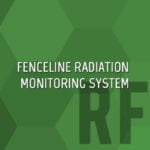