U.S. to Clean Up Site of a 1966 Nuclear Weapons Accident in Spain

On 17 January 1966, a B-52 bomber carrying four hydrogen bombs collided with a KC-135 tanker plane during mid-air refueling off the coast of Almería, Spain, killing seven of the eleven crew members. Two of the bombs were recovered intact from the sea, but the other two leaked radiation into the surrounding countryside when their plutonium-filled detonators went off, strewing 3kg of radioactive plutonium 239 around the town of Palomares. HSNW >>

Japan’s government has acknowledged that a worker involved in clean-up work at the Fukushima nuclear plant may have developed cancer as a result. Officials say the man will be entitled to compensation for work-related illness, in the first cancer case linked to the Fukushima plant meltdown. The man, in his 40s, is suffering from leukaemia. BBC News >>

Next Steps for Label-free Optical Techniques in Diagnostics & Imaging

The recent Incubator on Label-free Optical Techniques for Biomedical Diagnostics & Imaging identified opportunities and challenges for label-free optical techniques. Speakers highlighted key potential applications including diagnosis – from screening to biopsy – as well as intraoperative surgical guidance and the management of disease. This can include treatments for cancer, cardiovascular diseases, diabetes, metabolic disease, wounds/burns and neurodegenerative disease.  The Optical Society >>

Sandia National Laboratories is doing what it has not done in decades: extending the life of a nuclear warhead at the same time the U.S. Air Force develops a replacement cruise missile that will carry the weapon. The goal of the W80-4 Life Extension Program (LEP) is refurbishing the W80 warhead with replacement components for aging technology and components that have limited lifespans. HSNW >>

After more than 30 years of planning a consolidated hub for its lab work, the U.S. Army Public Health Center broke ground Thursday on its new laboratory at Aberdeen Proving Ground. The new building will combine work now being done in 11 buildings, ranging from 43 to 90 years in age. Baltimore Sun >>

This is a great ‘actual’ incident to take the time and practice plume modeling and how your crew would handle this incident from a HazMat Sector perspective.  From all reports San Diego emergency responders did a great job in a potentially difficult incident. Hazmat Nation >>

In light of the 10th anniversary of Hurricane Katrina earlier this year and the upcoming 3rd anniversary of Hurricane Sandy, this hearing will assess FEMA’s capabilities to respond to large-scale disasters.  Members will receive testimony from the Federal Emergency Management Agency and Government Accountability Office to hear what has improved and the challenges that remain. U.S. House Homeland Security Committee >>

Watchdog to Probe Alleged Mustard Gas Use by Islamic State

Islamic State militants “most probably” used the banned chemical weapon mustard gas against Kurdish forces in Iraq and international inspectors have been asked to investigate, according to diplomatic sources. Reuters >>

Feature: The Bizarre Reactor That Might Save Nuclear Fusion

If you’ve heard of fusion energy, you’ve probably heard of tokamaks. These doughnut-shaped devices are meant to cage ionized gases called plasmas in magnetic fields while heating them to the outlandish temperatures needed for hydrogen nuclei to fuse. Science >>

In our latest FAS Nuclear Notebook we estimate that Pakistan now has 110-130 warheads in its nuclear arsenal. This is an increase of about 20 warheads from the 90-110-warhead level we estimated in our previous Pakistani Notebook in 2011. Federation of American Scientists >>

Recent writings by Hans Rühle, former Head of the Planning Staff in the German Ministry of Defense, argues that Turkey is positioning itself similarly to Iran in its leveraging of civilian nuclear power for potential nuclear weapons breakout capability. Center for Nonproliferation Studies >>

R&D Magazine named 18 National Nuclear Security Administration (NNSA) lab projects as finalists for the 53rd annual R&D 100 Awards, which honor the 100 most innovative technologies and services of the past year. Finalists were selected by an independent panel of more than 70 judges. This year’s Finalists represent many of industry’s leading organizations and national laboratories, as well as many newcomers to the R&D 100 Awards, often referred to as the “Oscars of Invention.” NNSA >> 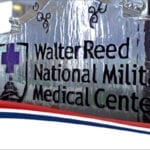