As early as next year, emergency crews responding to disasters such as Tuesday’s Amtrak derailment could be able to access an incident command system using only their personal Gmail passwords. Universal credentials are the future of online security, according to the Department of Homeland Security. Nextgov >>

U.S. President Barack Obama will nominate Adm. John Richardson, the head of the military’s nuclear-powered ship programs, to lead the Navy at a time when the sea service is struggling to find money to buy new submarines. Adm. John Richardson, a submariner, would become the first head of the Navy’s nuclear-propulsion shop to rise to chief of naval operations. Defense One >>

Bomb squads from across the country saddled up their robots have been duking it out at the ninth annual Western National Robot Rodeo and Capability Exercise at Sandia National Laboratories. The five-day event – 11-15 May — offers a challenging platform for civilian and military bomb squad teams to practice defusing dangerous situations with robots’ help. HSNW >>

by leaving 5,000 centrifuges and a growing research and development program in place — the features of the proposed deal that Israel and the Arab states oppose virulently — Mr. Obama is essentially recognizing Iran’s right to continue enrichment of uranium, one of the two pathways to a nuclear weapon. Leaders of the Sunni Arab states are arguing that if Iran goes down that road, Washington cannot credibly argue they should not follow down the same one, even if their technological abilities are years behind Iran’s. NY Times >>

There was a body in the grass. More under the cars. The injured were scattered on the ground. The battered passenger cars of Amtrak train #188 had jumped the tracks just minutes before, and lay at odd angles in a scene emergency responders described as beyond anything they had seen before – or want to see again. Philly.com >

More than 1,200 scientists and defense officials are gathering in St. Louis this week at the 2015 Chemical and Biological Defense Science and Technology Conference. Hosted by the Defense Threat Reduction Agency (DTRA) Chemical and Biological Department, the week-long event gathers some of the brightest minds in science from government, academia and industry, converging to share their research and find solutions for chemical and biological threats. Global Biodefense >>

President Obama already faced a quandary because of recent reports that the Syrian government had bombarded areas held by insurgents with chlorine-filled barrel bombs. Chlorine was not banned under the Russian-American agreement with Syria to remove and destroy its chemical weapons, but it is barred by international convention. NY Times >>

The toxic vapors acted quickly against the Second Platoon of the 811th Ordnance Company, whose soldiers were moving abandoned barrels out of an Iraqi Republican Guard warehouse in 2003. The building, one soldier said, was littered with dead birds. NY Times >> 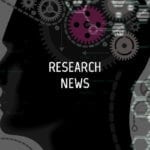 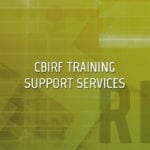