Congress returns this week with just days left to avert a partial Homeland Security shutdown. Funding is set to expire Friday for the Department of Homeland Security unless lawmakers can move past their stalemate on immigration to pass a $40 billion spending bill for the agency. USA Today >>

President Barack Obama recognized two researchers from the Naval Medical Research Center (NMRC), along with representatives from the other services and organizations, for their efforts in supporting Operation United Assistance (OUA) in West Africa at a press conference, February 11. Global Biodefense >>

NIST announced last week that it has awarded a $20 million cooperative agreement to Colorado State University (CSU) to establish the Community Resilience Center of Excellence. Working with NIST researchers and partners from ten other universities, the center will develop computer tools to help local governments decide how each can best invest resources to lessen the impact of extreme weather and other hazards on buildings and infrastructure and to recover rapidly in their aftermath. HSNW >>

No one wants to be the first to discover the use of a chemical weapon on a battlefield, but if anyone must have that job, the new Par Chemical Biological Radioactive Nuclear (CBRN) Reconnaissance Vehicle is the car to do it in. Developed by Turkish defense contractor FNSS, the CBRN version is a light armored vehicle ready for the end of the world. Even if its name is a jargony mess. Popular Science >>

Afflicted with the lowest morale of any large federal agency, the Department of Homeland Security did what comes naturally to many in government. It decided to study the problem. And then study it some more. The first study cost about $1 million. When it was finished, it was put in a drawer. The next one cost less but duplicated the first. It also ended up in a drawer. Washington Post >>

Ash Carter has quietly thrown down the gauntlet in a lingering dispute with Russia: If President Vladimir Putin continues to violate the Intermediate-Range Nuclear Forces Treaty, the U.S. could respond in kind. “The range of options we should look at from the Defense Department could include active defenses to counter intermediate-range ground-launched cruise missiles; counter-force capabilities to prevent intermediate-range ground-launched cruise missile attacks; and countervailing strike capabilities to enhance U.S. or allied forces,” Carter told senators in little-noticed written answers to follow-up questions from his confirmation hearing. Politico >>

The Pentagon is stepping up its official participation at tradeshows, ending a two-year downturn following a 2012 lavish spending scandal that froze out many government workers from traveling to conferences in attractive destinations from Abu Dhabi to Las Vegas.  Defense One >>

The U.S. Army keeps chemical and biological detection equipment at sites throughout the United States and in at least 10 countries around the world, supporting the Joint Forces preparedness and response posture. A key component in this effort is a team of experts from Battelle that ensures the equipment is readily available to those requiring it and ensures the equipment is in tip-top shape. Global Biodefense >>

The city of Moadamyah, Syria, is one of the areas affected by a chemical attack on Aug 21, 2013. While the acute exposure resulted in several deaths, the long-term consequences are still unfolding. One of the observations we are witnessing is adverse effects on pregnant women and their offspring. Our review of the medical records of the last months of 2014 has shown a high rate of spontaneous miscarriages, stillbirths, and birth defects among children born to women who had past exposure to the chemical warfare gases used in the attack. The Lancet >>

The Department of Homeland Security’s Science and Technology directorate has launched a collaborative series meant to spur conversation about the future of homeland security technology. The series includes webinars, in person roundtables, town hall meetings, and workshops. Operational users, technologists, entrepreneurs, and the general public are all encouraged to join in the conversation. START >>

The Bruker Detection division today announces that it has been awarded a contract for the supply of three (3) fully equipped R/C reconnaissance vehicles by the Dutch Defence Materiel Organisation (DMO). Bruker Detection won the contract, scheduled for delivery over a two and a half year period, following an international tender in which several leading suppliers competed. CBRNe World >>

Recycling might be the key to the future of controlling epidemics. An idea from a team at the Baylor College of Medicine, the Emergency Smart Pod, a mobile, eight-bed clinic built out of a used shipping container, won a grant in a U.S. Agency for International Development competition Feb. 11. The ESP, as the pod is known, can be built quickly and deployed immediately to any disease-stricken area in the world. Federal Times >>

Before the Storm: Shifting Federal Disaster Policy Toward Mitigation

In recent years, we’ve seen natural disasters take a serious toll on our nation. Nearly a decade ago, Hurricane Katrina devastated New Orleans, killing more than 1,800 people and leaving some communities yet to completely recover. In 2012, Hurricane Sandy caused at least 162 deaths in the United States and damaged hundreds of thousands of homes. Brookings >>

The Walker Group’s John Cannon said that in the opening stages of Tank Truck Week, he was approached by representatives from at least 10 major carriers and several smaller fleets saying that 2014 was the worst year they had ever seen for tank corrosion. NTTC is hoping to make a dent in corrosion with the introduction of the Liquid Products Database (LPD), which was first discussed in June 2012 and officially rolled out during 2014 Tank Truck Week in Houston, Texas. Bulk Transporter >>

Mandatory Vaccinations: State of the Union

Mandatory vaccinations for school-aged children and those entering college exist in all 50 states. These mandates were first established with the implementation of the smallpox vaccine for school-aged children in the 1800s and were upheld as constitutional by a U.S. Supreme Court decision in 1905 and the subsequent refusal to hear a case in 1922. In Homeland Security >>

Since the 2014 ouster of Ukraine’s pro-Russian president, Russia’s destabilization of Ukraine has undermined European security and the rules-based international order. Even before the crisis in Ukraine, bilateral cooperation in the nuclear weapons arena had deteriorated, including US claims of Russian testing of a ground-launched cruise missile in violation of the 1987 Intermediate Range Nuclear Forces Treaty, and highly visible patrols by Russian strategic forces. Defense News >>

A Tiny Trace Gives it Away

For the sake of passenger and cargo security, as well as protecting infrastructure and transport assets, improved screening for explosives and other dangerous substances is increasingly imperative. Germany-based Bruker Detection has just met stringent new aviation standards for its European-built explosives trace detection (ETD) instrument. Jane’s 360 >>

In the late 1700s, Napoleon Bonaparte appointed Dominique-Jean Larrey to develop an echeloned model of military medicine for the French army. The realization that prolonged suffering, increased morbidity and mortality on the battlefield occurred as a matter of course, Larrey was determined to provide early medical interventions in the field by designing and deploying the ambulance volante, or flying ambulance, a carriage staffed with medical personnel. CBRNe Portal >>

A Canadian-US partnership has been announced to create a “new, reliable supply” of medical isotopes for use worldwide. Canada’s Nordion and its US parent company Sterigenics International signed partnership agreements with the USA’s General Atomics (GA) and the University of Missouri Research Reactor Center (MURR). Through the agreements, sterilization specialist Sterigenics and radioisotope supplier Nordion will be supplied with molybdenum-99 (Mo-99) produced in MURR’s research reactor using targets incorporating low-enriched uranium supplied by GA. World Nuclear News >>

Russo-Turkish and Russo-Indian Nuclear Cooperation: A Template for the Future?

Though largely overlooked by international media, Russia has signed several significant nuclear energy agreements over the last several months. These agreements give Russia an opportunity to develop nuclear cooperation with India, Turkey, and Iran. Plus Bangladesh, Vietnam, and Egypt, where Russia plans to build nuclear plants as well. Carnegie Moscow Center >>

An Office of the Inspector General audit regarding the Nuclear Regulatory Commission’s process for ensuring integrity in scientific research is now available. The audit set out to determine if the NRC has the controls is place to assure that scientific research is objective, credible, and transparent.  The NRC’s regulatory research program conducts research in the areas of nuclear reactors, nuclear materials, and radioactive waste. U.S. NRC >> 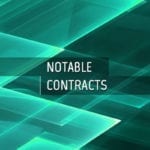