Topics in this issue include science of the Iran nuclear deal; homeland security industrial base; fundamental research to counter WMD; CounterACT chemical research.

Why the Iran Framework Is Extraordinary

Historically, US intelligence on foreign nuclear weapons programs has not been very good. Out of the 17 major nuclear programs, intelligence agencies provided the president with accurate estimates only twice, in Brazil and Pakistan. In nine cases, they overestimated the program; in five, they underestimated the proliferator’s capabilities. In the case of China, intelligence agencies gave accurate warning of its first test in 1964 but couldn’t tell where the fissile material for the test was coming from. Bulletin of the Atomic Scientists >>

The Ticking Rail Car: First Responders Are Preparing for the Worst

Emergency managers have been asked in recent years to do a lot more with fewer resources. That job got even tougher with the advent of oil shipments from the Bakken shale region of North Dakota via rail around the country. Emergency Management >>

The National Institutes of Health (NIH) has issued a renewal of the Countermeasures Against Chemical Threats Research Centers of Excellence cooperative agreement program. The mission of the CounterACT program is to foster and support research and development of new and improved therapeutics for chemical threats, including traditional chemical warfare agents, toxic industrial chemicals, and pesticides. Global Biodefense >>

Why the NPT Needs More Transparency by the Nuclear Weapon States

A growing accountability crisis is likely to be a core concern when the 189 states party to the Nuclear Non-Proliferation Treaty (NPT) meet for a Review Conference in New York in April and May.  At the heart of the accountability issue is a simple question: How can the signatories to the NPT, and the world, be confident that there is real progress toward meeting the disarmament goals of the treaty? Bulletin of the Atomic Scientists >>

It’s Always Been About the Death Penalty

A small group of researchers with China’s Jilin University has developed a triple-layer coating that protects cotton from water and fire and is easily cleaned. In searching for a way to make fire retardants last longer on materials, they hit upon an idea that also made such materials water resistant. Phys.Org >>

Regulatory Approval for US Nuclear Spinoff

The US Nuclear Regulatory Commission (NRC) has approved the proposed transfer of operating licenses for the two Susquehanna nuclear reactors as parent company PPL Corporation prepares to spin off its competitive generation business. World Nuclear News >>

It is the first time a robot has entered the primary containment vessel of any of the three stricken reactors at the meltdown-hit plant, and the snake-like contraption might give the utility a better idea of what happened to the pressure vessel and its core in the disaster. Japan Times >>

A spill of bunker oil Wednesday evening in Vancouver, B.C., wasn’t reported to Vancouver officials until 12 hours after the Coast Guard was first alerted to the problem, raising concerns about the rate of response in an emergency. Seattle Times >>

The proposed ShakeAlert earthquake early warning system, developed by Caltech, University of California-Berkeley, and University of Washington, in conjunction with the USGS is similar to systems in Mexico and Japan, which residents have relied on to receive notice about an incoming quake seconds before it arrives. ShakeAlert detects earthquakes by using the California Integrated Seismic Network’s roughly 400 seismometers placed near major faults to identify primary waves (P-waves) as they move through the Earth at almost twice the speed of the earthquakes’ destructive S-waves, which shake the ground. HSNW >>

The Iranian Nuclear Program and its Bureaucrat-In-Chief

In the latest round of negotiations, Iran’s moderates have the upper hand, which suggests that the U.S. has an overarching interest in pushing forward with negotiations intended to reach a final agreement to the dispute over Iran’s nuclear program. War on the Rocks >>

The Science and Technology Directorate (S&T) at the Department of Homeland Security released a new five-year strategic plan this week, a detailed document that succinctly articulates and aligns the Directorate’s priority areas of research and engagement for the next five years. The report highlights the five visionary goals that S&T announced last fall, and it explains how S&T plans to address management and workforce issues, a very important priority given S&T’s record of low employee morale for the last several years. Security Insights >>

Plutonium Reprocessing: Poised for Growth, or on Death’s Door?

Some observers believe that plutonium reprocessing is on the verge of an expansion—while others argue that the end of the practice is in sight. The risk of nuclear proliferation has always been the chief objection to reprocessing, but proponents argue that today, with uranium enrichment technology more easily available, reprocessing no longer represents an efficient route toward nuclear weapons. Bulletin of the Atomic Scientists >>

Complex calculations that take account of the number of centrifuges, the rate of uranium enrichment, the size of the existing enriched-uranium stockpiles and their level of enrichment are behind the stipulation in the preliminary deal that Iran reduce the number of operating centrifuges from 19,000 to 5,060 and its stockpile of low-enriched uranium from 10,000 kg to 300 kg (the rest of the stockpile must be blended down or sent overseas). This combination of figures means it would take Iran at least a year from breakout to produce enough fissile material for a bomb, leaving time for international intervention. Scientific American >>

The University of North Carolina at Chapel Hill was selected by the Department of Homeland Security (DHS) Science and Technology Directorate (S&T) to be the lead institution for a new DHS Coastal Resilience Center of Excellence (COE), which S&T will fund with an initial $3 million grant for its first operating year. HS Today >> 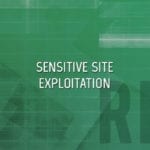 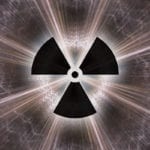