Governments set targets to substantially reduce deaths and economic losses from disasters at a U.N. conference in Japan on Wednesday, but critics were disappointed by the lack of a firm goal to ramp up financial support for poor countries. The Sendai Framework for Disaster Risk Reduction, a 15-year plan, replaces the current 10-year blueprint. The non-binding agreement adopted after a marathon negotiating session, includes seven targets to measure progress on protecting people and assets that experts described as a leap forward. Reuters >>

Many nuclear power plants were situated next to the ocean to have ready access to huge volumes of water, and sometimes they were built on land that was not very high above mean sea level. These characteristics may cause problems if ocean levels rise the one or two meters that most climatologists project as a result of climate change. The core of the problem resides in nuclear power’s dependence on two things: water and off-site power. Bulletin of the Atomic Scientists >>

Almost four years after the accident at the Fukushima Daiichi Nuclear Power Plant in Japan, farmland remains contaminated with higher-than-natural levels of radiocesium in some regions of Japan, with cesium-134 and cesium-137 being the most troublesome because of the slow rate at which they decay. In a just-published study, scientists have identified a chemical compound that prevents plants from taking up cesium, thus protecting them — and us — from its harmful effects. HSNW >>

The Specter of Chemical Warfare Returns to the Middle East

A reactor in southwestern Japan cleared another regulatory hurdle on Wednesday, another small step in Japan’s return to nuclear power after all units were shut down for stringent safety checks following the 2011 Fukushima atomic disaster. Scientific American >>

The Department of Homeland Security (DHS) Science and Technology Directorate (S&T) has announced its first business accelerator program, EMERGE!, aimed at entrepreneurs who have innovative ideas that address the unique needs of the homeland security community and whose wearable technologies could be adapted for first responder operations. SIGNAL >>

More than 100 emergency management technicians of the Air National Guard gathered at the Guardian Centers of Georgia in Perry, Ga., in support of the Global Dragon deployment for training exercise on March 9, 2015. Airmen traveled from 20 states, representing more than 20 units and all 10 Federal Emergency Management Agencies. Global Biodefense >>

Article studying the elements comprising the U.S. Homeland CBRN emergency preparedness enterprise of 1962 versus 2014 and address their similarities and differences. In 1962, the Cuban Missile Crisis occurred over a 13 day period in October. The crisis centered on the former Soviet Union placing intermediate-range nuclear missiles in Cuba. HDIAC Journal >>

The UK Ministry of Defence (MOD) has awarded BAE Systems – the British defence, aerospace and security company – the funding needed to complete the design of a successor to the Royal Navy’s Vanguard class submarines. The new class of submarines are designed to carry the UK’s independent nuclear deterrent. World Nuclear News >>

A group monitoring the Syrian civil war said on Tuesday government forces carried out a poison gas attack that killed six people in the northwest, and medics posted videos of children suffering what they said was suffocation. A Syrian military source described the report of an attack in the village of Sarmin in Idlib province as propaganda. “We confirm that we would not use this type of weapon, and we don’t need to use it,” the source said. Reuters >>

This week Sandia National Laboratories’ Explosive Destruction System began safely destroying stockpile chemical munitions for the U.S. Army. The project to destroy 560 chemical munitions at Pueblo Chemical Depot in Colorado is a prelude to a much larger operation to destroy the stockpile of 780,000 munitions containing 2,600 tons of mustard agent, stored at the Pueblo depot since the 1950s. HSNW >>

The Netherlands is the lead nation in an EU effort to build two mobile counter-IED labs for use by EU countries at a cost of about €10 million (US $10.6 million). The money will come from an ad hoc EDA budget. The new labs are due to be available for deployment in theater by the end of 2015, according to an EDA official. Defense News >>

Investigating criminal acts involving chemical, biological, radiological, and nuclear (CBRN) materials presents a number of unique challenges. A crime scene involving a CBRN attack could manifest itself in many forms: An actual incident with injuries and deaths; a clandestine production laboratory; or a vehicle or container used for moving or smuggling material. These are only some of the possibilities. Cicero Magazine >>

The Blue Ribbon Study Panel on Biodefense concluded that the U.S. is unprepared for a biological or chemical weapons attack and lacks the infrastructure necessary to detect such an attack. Emergency Management >>

Workplace Suicide Rates Highest Among Workers in the Protective Services

Workplace suicides took a sharp upward turn in 2008, with workers in the protective services, such as police officers and firefighters, at greatest risk, a new study finds. Researchers say the findings point to the workplace as a prime location for reaching those at risk with potentially life-saving information and help. Pump Handle >>

South Africa Refuses to Give Up Cache of Weapon-Grade Uranium

In the 1980s, White minority-ruled South Africa built six nuclear bombs. In 1990s the F. W. de Klerk government began planning the transformation of the country into a democracy. As part of the transition, the country’s nuclear weapons, and nuclear weapons-making infrastructure, were dismantled under IAEA supervision. The White-minority regime and, since 1994, the democratically elected South African government, have both held to, and refused to give up, the 485 pounds of weapon-grade nuclear fuel – some of it extracted from the dismantled weapons and some of it already produced but not yet put in warheads. HSNW >>

An estimated 20,000 to 30,000 pro-Iraqi government fighters appear poised to eject the remaining IS fighters from Tikrit, the birthplace of Saddam Hussein. Concerning on-going sectarian tensions, Shia militia reportedly constitute the vast majority of the pro-government fighting force, supported by approximately 3,000 Iraqi troops and a small group of Sunnis. No surprise, then, that U.S. officials expressed concerns over the potential for similar “sectarian alienation” between Sunnis and Shias, which left Iraq vulnerable to ISIS in the first place. Pandora Report >>

Croatia: A Champion of the Convention on Cluster Munitions

Croatia, which is host of the First Review Conference of the Convention on Cluster Munitions (CCM), to be held in September 2015 in Dubrovnik, has consistently been a strong supporter of the CCM. In 2012-2013, Croatia co-coordinated treaty work on stockpile destruction. Cluster Munition Coalition >>

Could a Cyanide-Laced Letter Have Harmed Obama?

Though cyanide is a deadly poison, this particular attack was unlikely to have sickened anyone, said Hamish de Bretton-Gordon, a chemical-weapons expert with SecureBio, a chemical, biological, radiological and nuclear (CBRN) security firm based in the United Kingdom. Yahoo! UK & Ireland >>

Continuing to Learn the Lessons of San Onofre

Almost two years after the San Onofre nuclear power plant shut down permanently, the NRC has kept an eye on what we can learn from the events that led to the plant’s closure. The latest product of this work reviews the agency’s procedures related to Southern California Edison’s (SCE) installation of new steam generators at the plant. U.S. NRC >>

The Government of Singapore and the OPCW jointly organised the Fourth basic training course on emergency response to chemical incidents for Asian States Parties. It was held with the support of the Singapore Customs and Civil Defence Forces from 9 to 12 March 2015. Twenty experts from 10 countries* were trained. OPCW >> 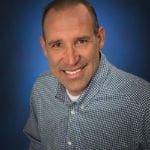