Topics in this issue include the Cooperative Biological Engagement Program, IED-detecting vehicles, and the role of social media in radicalization and terrorism.

Last year, a Silicon Valley start-up came close to producing what government scientists considered a breakthrough technology — a device the size of a ski boot that could test for tiny microorganisms at rapid speed, helping to safeguard the nation from bio-threats. But six months before the firm, NVS Technologies, was to deliver its first prototypes, the Department of Homeland Security suddenly canceled its contract. Washington Post >>

“Unpredictable instability” is the new normal, the director of National Intelligence told the Senate Armed Services Committee yesterday. James R. Clapper testified on worldwide threats facing the United States and gave his best advice on what he considers to be the dangers Americans need to be aware of. The North Korean cyberattack on Sony, the Ebola epidemic, and dramatic terrorist attacks in Australia, Belgium, Canada, Denmark, France and the United States mean 2015 promises to be as unstable as 2014, Clapper said. DoD News >>

The Islamic State, also known as the Islamic State of Iraq and al-Sham (ISIS), follows a distinctive variety of Islam whose beliefs about the path to the Day of Judgment matter to its strategy, and can help the West know its enemy and predict its behavior. The Atlantic >>

Germany’s Wunderland Kalkar is far from your average family fun zone: the theme park is actually an abandoned nuclear power plant. A businessman purchased the site in 1991 and transformed it into a hotel, meeting and leisure complex. The amusement park opened in 2001. Huffington Post >>

Can We Track the World’s Nuclear Weapons?

The Bulletin of the Atomic Scientists has unveiled an interactive infographic that tracks the number and history of nuclear weapons in the nine nuclear weapon states: the United States, Russia, the United Kingdom, France, China, India, Pakistan, Israel, and North Korea. The Nuclear Notebook Interactive Infographic is designed to provide a visual representation of the Bulletin’s famed Nuclear Notebook, which since 1987 has tracked the number and type of the world’s nuclear arsenals. Phys.org >>

Chief Richard Beary, president of the International Association of Chiefs of Police (IACP), testified that the 9/11 Commission rightly asserted that ineffective information sharing severely handicapped our nation’s homeland security efforts. Since then, Beary explained there has been “substantial movement” in the right direction, but “our work is not done.” HS Today >>

The transfer of radioactive soil and waste generated from clean-up work following the March 2011 accident at the Fukushima Daiichi plant to a provisional storage site has been approved by the governor of Fukushima prefecture and the mayors of Futaba and Okuma. World Nuclear News >>

A new non-destructive method permits the detection of very small quantities of explosives without damaging valuable evidence. The method analyzes particles less than 20 microns in size extracted from a fingerprint by using a combination of nanoextraction and an optical microscope. These trace particles were then analyzed directly with the open-air, non-destructive AccuTOF-DART time-of-flight mass spectrometer. Spectroscopy Now >>

The French government has asked leading social media and tech firms, Google, Facebook, and Twitter to work directly with French law enforcement during investigations and to immediately remove terrorist propaganda when authorities alert them to it. Roughly 20,000 foreign fighters, including 3,400 from Western nations, have joined ISIS and other extremist groups in Syria and Iraq. HSNW >>

The device, a simple paper strip similar to a pregnancy test, can rapidly diagnose Ebola, as well as other viral hemorrhagic fevers such as yellow fever and dengue fever. Global Biodefense >>

When the Doomsday Clock was created in 1947, the greatest danger to humanity came from nuclear weapons, in particular from the prospect that the United States and the Soviet Union were headed for a nuclear arms race. The Bulletin considered possible catastrophic disruptions from climate change in its hand-setting deliberations for the first time in 2007. Bulletin of the Atomic Scientists >>

Financial Planning for the Next Ebola Threat

Public health and healthcare funding is a priority during a disease outbreak such as Ebola. However, when ongoing funding is unavailable, government agencies must scramble to find ways to support public health response efforts. Three funding opportunities may help address these current gaps and avoid disease-specific funding for response efforts after the threat is realized. Domestic Preparedness >>

President Barack Obama said yesterday that Iran must commit to a verifiable freeze of its nuclear activities for at least ten years in order to make a nuclear deal possible. He said that there are still considerable gaps between the position of Iran and that of the P5+1 group, and that the odds were still against reaching an agreement. HSNW >>

Recent public displays of Islamic State of Iraq and the Levant (ISIL) flags or logos in Bosnia and Herzegovina (BiH) have raised concerns about how the state and the BiH Islamic Community should respond to people openly supporting the terror group. Two recent incidents are also causing trouble for Islamic believers in the country. SE Times >>

Helping countries meet their development needs using nuclear technology was one of the main points addressed by IAEA Director General Yukiya Amano in his introductory statement to the Agency’s Board of Governors today. He also congratulated Guyana on becoming the 163rd Member State of the IAEA, and spoke about nuclear energy, nuclear verification, technical cooperation and nuclear applications, as well as nuclear safety and security. IAEA >>

While experts and analysts proffer suggestions for how the U.S. should respond to Putin’s intractable assault on Ukraine, some still wonder why Moscow’s actions have anything to do with the U.S. in the first place. Part of the blame for this ignorance is willful, derived from a strong desire to keep the U.S. uninvolved in another conflict. Real Clear Defense >>

What is it Like to Get Hit by an IED?

Well into my tour while rolling down the road (HMMWV), eating a mostly melted Kit-Kat and minding my own business… I saw a flash to the front and left of me on the other side of a passing fuel tanker in a convoy going the other direction. The tanker was entirely ripped open an a good deal of the fuel caught fire in the air and blossomed orange. Quora >>

Hazmat Protection from Head to Toe

There is more to hazardous material protection than suits. All levels of protection call for chemical-resistant footwear, preferably boots with a safety toe and puncture-resistant midsole. However, protective boots and shoes are sometimes an overlooked component for worker safety. Improper hazmat footwear can allow toxic materials to penetrate, puncture, or cause a worker to slip and possibly damage his suit. Just as precautions need to be taken to prevent the cutting or puncturing of sealed hazmat suits, the same applies to hazmat footwear to maintain a protective barrier. Occupational Health & Safety >>

Experts in Africa will be able to better track and detect animal diseases that could eventually be transmitted to humans as a result of a new € 2.7 million IAEA project. Priority will be given to viral haemorrhagic diseases such as Ebola, Marburg virus disease and Crimean-Congo haemorrhagic fever. The Joint FAO/IAEA Division of Nuclear Applications in Food and Agriculture will provide technical support to the project. IAEA >>

The Los Angeles Fire Department has failed to properly inspect hundreds of hazardous sites scattered across the city, exposing the public to increased risks from potential spills and mishandling of toxic substances, according to a state report released Friday. “Their program has fallen apart,” said Jim Bohon, head of the Cal/EPA unit that conducted the review. “They are failing in environmental management in a very gross way.” Hazmat Nation >>

Tracking, Mapping Epidemics in Order to Limit Their Spread

Researchers are using the new Biosurveillance Gateway website to map epidemics in order better to understand and prevent deadly diseases. The Gateway relies on lab databases and tools from around the world, so that registered health officials and researchers can track outbreaks better to predict how a pathogen might spread in the United States and elsewhere. HSNW >>

The Howard University physicists who spent last summer at START will return this spring to continue their work using START data to develop algorithms that could eventually enable the prediction of terrorist threats. Thanks to additional funding from DHS, the team will make improvements to the machine learning algorithms developed for the Global Terrorism Database (GTD) and Profiles of Incidents involving Chemical, Biological, Radiological and Nuclear by Non-state actors (POICN) database. START >>

An Iranian exile group on Tuesday accused Iran’s government of conducting secret research with the aim of developing nuclear weapons, even as it is negotiating potential constraints on its ability to do so. The National Council of Resistance of Iran said underground labs in suburban Tehran have been used since 2008 to enrich uranium. It said the plant, named Lavizan-3 after the neighborhood where many officers and their families live, is reached through tunnels leading from under a building ostensibly used to process passports and identity cards. Washington Post >>

On the Road to Mosul: Iraq Buys IED-Detecting Vehicles

As Iraqi security forces train to eventually retake the city of Mosul from as many as 2,000 IS militants currently digging into defensive positions, Baghdad is stocking up on counter-IED vehicles to help clear the roads for its troops. The Baghdad government has struck a $73.5 million deal with Charleston, S.C. company Critical Solutions International (CSI) and its partner DCD Protected Mobility, to provide an undisclosed number of Husky 2G mine detection systems. Defense News >> 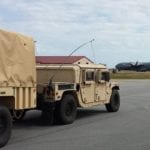 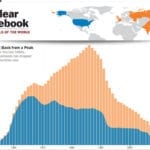