After decades of maintaining a minimal nuclear force, China has re-engineered many of its long-range ballistic missiles to carry multiple warheads, a step that federal officials and policy analysts say appears designed to give pause to the United States as it prepares to deploy more robust missile defenses in the Pacific. NY Times >>

DARPA’s new Near Zero Power RF and Sensor Operations (N-ZERO) program seeks to overcome the power limitations of persistent sensing by developing wireless, event-driven sensing capabilities that would allow physical, electromagnetic and other sensors to remain dormant—effectively asleep yet aware—until an event of interest awakens them. Armed with Science >>

The New York City Fire Department (FDNY) has been using the Risk-Based Inspection System (RBIS), an Oracle-based program with data-mining capabilities, to better anticipate where fires may spark. The centerpiece of the tool is FireCast, an algorithm that organizes data from five city agencies into approximately 60 risk factors, which are then used to create lists of buildings that are most vulnerable to fire. Emergency Management >>

The U.S. Food and Drug Administration (FDA) Office of Regulatory Affairs (ORA) Office of Foods and Veterinary Medicine (OFVM) has announced the availability of up to 18 cooperative agreements to be awarded to support multi-jurisdictional, multi-disciplinary Food Protection Rapid Response Teams (RRTs). Global Biodefense >>

We are surrounded by naturally occurring radiation.  Only 0.005% of the average American’s yearly radiation dose comes from nuclear power; 100 times less than we get from coal, 200 times less than a cross-country flight, and about the same as eating 1 banana per year. Center for Nuclear Science and Technology Information >>

The proposed Iran framework completely ignores the risk of leakout: the proliferation of nuclear technology and expertise from Iran to other countries. Iran, once the recipient of foreign nuclear assistance, is now poised to provide that assistance, either deliberately or through unauthorized acts by scientists or companies, to other countries. The National Interest >>

Paratroopers from the 173rd Airborne Brigade, along with soldiers from the Slovak army, participated in combined platoon-sized chemical defense training in Lest, Slovakia as part of Exercise Toxic Lance. The 12-day exercise is the most recent opportunity for the paratroopers from the 173rd Airborne Brigade Special Troops Battalion’s Chemical Dismounted Reconnaissance Platoon to participate in chemical training exercise between the two forces. Global Biodefense >>

Developed by the Naval Research Laboratory, the lightweight, disposable Cicada drones are a similar to their namesake: Many flying all at once, turning to just brittle shells blowing in the wind once the battle is over. This week, the Pentagon put the latest version of the Cicada on display, a tiny robot warrior ready for the future. Popular Science >> 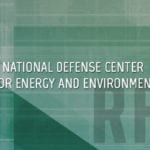