Topics in this issue include WMD intel and the Chilcot Report, civilian responder PTSD, and chemical sniffing mutant mice.

After Terror Attacks, Civilian Responders More Likely Than Pros to Have PTSD

Untrained people helping at the scene of terror attacks are much more likely than trained responders to later develop posttraumatic stress, a Norwegian study finds. In July 2011, Norway suffered two terror attacks in which 77 people died and many more were injured. In the first attack, a car bomb in the capital killed eight people and in the second, a shooter killed 69 teens and young adults at a youth camp. Reuters >>

The National Fallen Firefighters Foundation is hosting a Fire Service Technology Summit in Oakland, California, on July 24-26, 2016 to further examine the current state of technology in the fire service and how to improve firefighter outcomes. Mobile devices and software application technology are being used in the fire service for a variety of operations and functions to support incident command. But how is technology being used to monitor and improve firefighter health and safety? Everyone Goes Home >>

With an uptick in active shooter incidents nationwide, emergency medical personnel are increasingly faced with the decision of standing by until police clear the scene or jumping in and potentially saving more lives. “As a rule … we wait for police to arrive on scene, and they let us know when it’s safe to enter,” Acting EMS Chief Robert Farrow said. Emergency Management >>

Recent commercial satellite imagery indicates a high level of activity at North Korea’s Punggye-ri Nuclear Test Site, specifically at the North Portal area where the DPRK conducted its 2013 and 2016 nuclear tests. Based on imagery alone, it is not possible to determine whether this activity is for maintenance, excavation or preparation for a fifth nuclear test. Nevertheless, it is clear that North Korea is ensuring that the facility is in a state of readiness that would allow the conduct of future nuclear tests should the order come from Pyongyang. 38 North >>

In a somewhat unexpected move, United Kingdom Prime Minister David Cameron—who has already declared he will resign in September because of his country’s vote to exit the European Union—announced a quick parliamentary vote on replacing the country’s fleet of nuclear-missile submarines. The announcement, made at a NATO summit in Warsaw, seems designed to underscore the UK’s commitment to the alliance. Bulletin of the Atomic Scientists >>

Where the U.S. Senate kept the critiques of policymaking and intelligence assessment in separate reports, the latest British inquiry integrates the two. In addition, the British report adds personal discussions and meeting minutes specifically related to WMD policymaking that should be of significant interest to American defense analysts and policymakers. War on the Rocks >>

The purpose of this hearing is to examine threats to the nation’s critical infrastructure, including threats from terrorists and nation state actors. The Subcommittee will examine the capabilities of the DHS Office of Cybersecurity and Communications (CS&C) and Office of Infrastructure Protection (IP) in offering voluntary assessments to owners and operators of critical infrastructure to evaluate risks and to defend against attacks. Homeland Security Committee >>

Last week, the government formally published the Iraq Inquiry, a gargantuan report that delves into every aspect of the UK’s involvement in the Iraq War. The lack of verified intelligence regarding weapons of mass destruction (WMD) in Iraq combined with the political rhetoric regarding those alleged WMDs has “produced a damaging legacy, including undermining trust and confidence in Government statements.” Homeland Security Digital Library >>

What Did Happen to Saddam’s WMD?

Saddam emerged from the Iran-Iraq War of 1980-88 possessed of one unshakeable conviction; that he owed his survival, and that of his country, to chemical weapons, without which his forces would have been over-run by the numerically superior Iranians – which was probably true. He also firmly believed that chemical weapons were all that had deterred the US from advancing on Baghdad after retaking Kuwait in 1991 – which was almost certainly untrue.  History Today >>

Doomed to Cooperate — Russia, the U.S. And Nuclear Weapons After the End of the Soviet Union

In the 20th century almost everyone worried about the destruction of the world as we knew it from a full-scale nuclear war between the United Stated and Russia, or even a nuclear attack by a rogue nation who obtained a nuke by clandestine means. It was not far-fetched and was averted only by the steadfast and unwavering commitment of scientists and politicians who understood that diplomacy and science together would achieve what saber-rattling never could. Forbes >>

The aim is to create a new generation of rodents that can sniff out drugs or explosives, with the scientists saying the experiment is a proof of concept. In the future, rats, mice, and perhaps dogs, could be genetically altered to track down certain scents. BBC News >>

Fluorescent gelators containing stilbene segments were synthesized, and their gelation abilities were studied. Fibrous xerogel films were prepared from the gels on quartz plates, and their abilities to detect explosives were evaluated by the fluorescence quenching of the xerogel films upon exposure to saturated TNT or RDX vapor. Spectroscopy Now >> 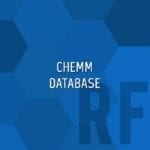