In the nearly two decades since the global treaty prohibiting chemical weapons took effect, 90 percent of stockpiles declared by its members have been eradicated, the organization responsible for monitoring compliance said Thursday. NY Times >>

Catastrophic chemical industrial releases can be intentional events with broad consequences, therefore accidental releases generate data useful for planning for and response to chemical-sector attacks. We may also extrapolate data useful in planning and response to other hazardous technological operations gone awry in the nuclear power sector, such as the explosions and massive radionuclide releases in Chernobyl and Fukushima. CBRNe Portal >>

The Department of Defense today revealed it accidentally sent live anthrax from a laboratory in Dugway Proving Ground, Utah to at least nine states in the U.S. and overseas to the Joint United States Forces Korea (USFK) Portal and Integrated Threat Recognition Program at Osan Air Base, South Korea. Global Biodefense >>

If, during the upcoming Food & Wine Classic or USA Pro Challenge bike race, a man or a woman wearing street clothes and a backpack asks you if you’ve recently had a medical procedure, don’t be alarmed. For the past four years, a joint U.S. Air Force-Army team has set up monitoring stations around Aspen during upper-valley events that draw large crowds. Aspen Daily News >>

The Realities of Mo-99 Production

Reviews of the various molybdenum-99 (Mo-99) production initiatives currently under way in the USA and Canada tend either to ignore or to reference vaguely the important role of existing capacity in Australia, Belgium, the Netherlands and South Africa in the supply of Mo-99 to the USA, writes Don Robertson. World Nuclear News >>

How Terrorism Prolongs Conflict but Loses the War

Nearly 14 years into the war on terror, there are signs of terrorism all around us, from Memorial Day tributes to the victims of the wars in Iraq and Afghanistan to the raging congressional debate over reauthorizing the Patriot Act. Yet some of the most basic information about terrorism remains surprisingly elusive. For example: Does it work? Defense One >>

For the past year, since the last declared material left the country, there have been reports that chemicals such as chlorine and ammonia continue to be used for attacks in Syria. In April this year, members of the UN Security Council witnessed video and heard first-hand reports of one such attack, involving chlorine. BBC News >>

China’s last national defense white paper – the most authoritative document on its defense and security policy – caused quite a stir when it was released two years ago. Some foreign analysts were concerned that China was changing its long-standing policy of No-First-Use (NFU) of nuclear weapons because this policy was not mentioned in the document. Carnegie-Tsinghua >>

Strategy in Resolving the IED Threat in Central India

While over the years India was focusing on its insurgency problems in the states of Jammu and Kashmir in the North and in the North Eastern States, there arose in the heart of India Naxalites, spread over 1/3 of the country, where in large areas, the writ of the government did not prevail. Their greatest weapon was the omnipresent Improvised Explosive Device. CBRNe Portal >>

Officials on Wednesday broke ground for the National Bio and Agro-Defense Facility (NBAF), a $1.25 billion animal research facility near the campus of Kansas State University in Manhattan, Kansas. NBAF will be a Level 4 biosafety lab, replacing the aging biolab in Plum Island, New York. HSNW >>

A New Roadmap to Minimize and Eliminate HEU

Since 1992, the international community has taken important steps to reduce the risk posed by HEU—removing and eliminating thousands of kilograms of HEU, converting HEU-fueled reactors to use low-enriched uranium (LEU), and promoting the adoption of LEU alternatives for medical isotope production. Despite significant progress, the work to reduce—and ultimately eliminate—HEU is far from finished. Center for Nonproliferation Studies >> 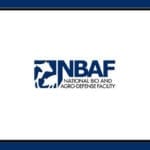 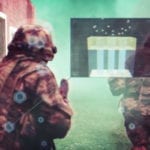