North Korea appears to be expanding its capacity to produce uranium, which could be used to increase its stockpile of nuclear weapons. Recent satellite imagery has reportedly showed that in the last year, North Korea had begun to refurbish a major uranium mill in Pyongsan, a county in the southern part of the country. NY Times >>

Workers have evacuated one floor of a downtown Seattle federal office building Wednesday morning after firefighters were called to inspect a suspicious package. The suspicious package turned out to contain a “non-hazardous food product,” according to the Seattle Fire Department. Seattle PI >>

A research team at Johns Hopkins University says they have found a unique honeycomb pattern of broken and swollen nerve fibers in brains of Iraq and Afghanistan combat veterans who survived improvised explosive device (IED) blasts, but later died of other causes. In doing so, the team says they may have found the signature of “shell shock” – a problem that has afflicted many soldiers since World War One warfare. Reuters >>

The massive explosions in China’s northern city of Tianjin are now known to have killed at least 50 people. More than 700 have been injured and hospitals are struggling to cope with the number of casualties. The blasts, at a warehouse storing toxic chemicals, destroyed tower blocks and burned out thousands of cars. The fireball could be seen from space. BBC News >>

It will take many years and many millions of dollars simply to manage and not even remove the toxic wastewater from an abandoned mine that unleashed a 100-mile-long torrent of heavy metals into Western rivers and has likely reached Lake Powell, experts said Thursday. Star Tribune >>

North Korea is expanding its capacity to mine and mill natural uranium. Recent commercial satellite imagery shows that, over the past year, Pyongyang has begun to refurbish a major mill located near Pyongsan that turns uranium ore into yellowcake. The renovation suggests that North Korea is preparing to expand the production of uranium from a nearby mine. The question is: What will North Korea do with this uranium? Center for Nonproliferation Studies >>

“We currently have no clear understanding of how to wield an effective threat to reduce the hostility of radical Islam, whether of national or terrorist origin. Warnings we have made to Iran that further steps along the path to acquisition of nuclear capabilities have been ignored. Because we have no plan to enforce such threats, we lose face merely by making them.” Defense News >>

The U.S. is investigating what it believes are “credible” reports that ISIS fighters used mustard agent in an attack against Kurdish Peshmerga this week, causing several of them to fall ill, U.S. officials working in at least three separate parts of the Obama administration said Thursday. CNN >>

When officials in Stafford County, Virginia, decided to update their emergency phone system, they wanted to lay the groundwork for implementing next generation 9-1-1 (NG9-1-1) capabilities such as text-to-9-1-1 and multimedia. County officials chose Emergency CallWorks CallStation, which is a browser-based platform acquired earlier this year by Motorola Solutions. Government Security News >>

A Syrian civil defence group has accused the government of President Bashar al-Assad of using napalm on a town near Damascus, the latest escalation in a conflict that has seen the use of chemical weapons and indiscriminate aerial bombing campaigns. If true, the attack would be the second serious allegation of napalm use in the Syrian war. In 2012, a BBC crew in Aleppo province witnessed what they described as a “napalm-like” attack on a school. The Guardian >>

As Fire Smolders in Tianjin, Officials Rush to Stanch Criticism

Chinese leaders scrambled on Thursday to contain the fallout from an apocalyptic fire in this major port city that appeared to reflect an enormous regulatory failure, caused by a witch’s brew of toxic chemicals housed within a mile of thickly populated areas. NY Times >>

In an exclusive interview with Science at AEOI headquarters in north Tehran, Ali Akbar Salehi, president of the Atomic Energy Organization of Iran (AEOI), related how he would only agree to engage in the nuclear deal talks if his opposite number in the United States, Energy Secretary Ernest Moniz, sat across from him at the table. Science Insider >> 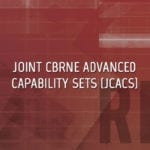