First responders will tell you that the more information they have at the beginning of a crisis, the better the response will be. Waiting for rail carriers to locate rail cars transporting hazardous material instead of having real time information that can be shared with state and local officials will slow down response efforts. These individuals need to know what’s in the car – chlorine, crude, or LNG before they approach them. Government Security News >>

Defense Secretary Chuck Hagel is stepping down under pressure from President Barack Obama’s Cabinet, senior administration officials said Monday, following a rocky tenure in which he has struggled to break through the White House’s insular foreign policy team. AP/ABC News >>

Iran and six powers failed on Monday for a second time this year to resolve their 12-year dispute over Tehran’s nuclear ambitions, and gave themselves seven more months to overcome the deadlock that prevented them from clinching an historic deal. Reuters >>

The U.K. government unveiled sweeping new measures to combat extremism and terrorism, and tackle radicalization in the United Kingdom. Among other measures, the new counterterrorism bill will require schools and universities to exclude radical speakers from their campuses, and give the home secretary the powers to deny entry to the United Kingdom to U.K. British citizens suspected of involvement in terrorism-related activity abroad. HSNW >>

When it comes to teaching dogs how to sniff out explosives, there’s nothing quite like the real thing to make sure they’re trained right. That’s the message from William Kranz, Nicholas Strange and John Goodpaster of Indiana University-Purdue University Indianapolis in the US, after finding that dogs that are trained with so-called “pseudo-explosives” could not reliably sniff out real explosives (and vice versa). Phys.org >>

Iran has taken the necessary steps to continue to comply with an interim nuclear agreement, according to a U.N agency report seen by Reuters on Monday, as Tehran and six world powers gave themselves an extra seven months to clinch a final deal. Reuters >>

Pakistan will have 200 Nuclear Weapons by 2020; Primary Reason to Deter India

Terror-ridden Pakistan is said to have the fastest growing nuclear program in the world, which can turn into a major risk to international security, especially for neighbor India. Pakistan’s nuclear cache could expand massively in the next five years to reach up to 200 nuclear devices by 2020, US think-tank Council on Foreign Relations has warned. International Business Times >>

Iran May Resume Cyberattacks On U.S. If Nuclear Deal Is Not Reached

Cyberattacks by Tehran declined dramatically after the United States, other permanent members of the Security Council, and Germany agreed to an interim nuclear deal with Iran in 2013, but should the parties fail to reach a permanent nuclear deal by the newly set March 2015 and July 2015 deadlines, financial firms, oil and gas companies, and water filtration systems could be targets of malware from Iran’s cyber army. HSNW >>

Over the recent months, we have witnessed the barbaric acts of violence and terrorism committed by the dangerously radical, militant Islamic organization, ISIS. While, this extremist organization has committed vile acts reminiscent of ancient times, such as beheadings and crucifixions, as well as terrorist bombings, armed assaults and the use of conventional weaponry against resistant counterinsurgency efforts and non-combatants, ISIS has resorted to the use of chemical weapons, such as the recent use of chlorine gas in Iraq. CBRNe Portal >>

Wireless Emergency Alerts are used to warn the public about imminent threats, and to encourage preventative action. Recently the National Consortium for the Study of Terrorism and Responses to Terrorism (START) conducted research to optimize the message contents of these alerts delivered over mobile devices on behalf of the Department of Homeland Security Science and Technology Directorate’s First Responders Group. START/University of Maryland >>

How the Pentagon Names Military Operations

High-profile U.S. combat campaigns get rousing names that not only are used for funding requests to Congress and bestowing medals and ribbons. They also attempt to shape public perceptions. Emergency Management >>

The European Defence Agency (EDA) plans to launch five improvised explosive device (IED) detection projects in 2015. The focus areas of the efforts are expected to: two projects to provide IED early warning of an unmanned aerial vehicle (UAV) platform and on an unmanned ground vehicle (UGV); one to provide stand-off detection of IEDs from a UGV; a “confirmation and identification” capability; and a multi-sensor urban distributed ISR demonstrator. IHS Jane’s 360 >>

The current fight to renew TRIA centers on negotiations between House Financial Services chairman Representative Jeb Hensarling (R-Texas) and Senator Chuck Schumer (D-New York). The Senate, led by Democrats, passed a 7-year extension of TRIA earlier this year, but several House Republicans want to reduce the federal backstop and offset the $3.5 billion cost of the program via other spending cuts. HSNW >>

ISIL’s state-of-the-art cyber capabilities make it unlike other violent extremist organizations. In addition to adapting video games and engaging in application development, ISIL’s use of social media: Twitter, YouTube, Facebook and Vine, for internal and external communication connects ISIL with larger audiences and able to reach through more traditional methods. START/University of Maryland >>

The Aeromedical Biological Containment System, or ABCS, manufactured by Production Products of St. Louis, can be hoisted into a specially modified Gulfstream III air ambulance and flown by Phoenix Air Group back to the U.S., or other countries, where patients can receive more intensive treatment. Several successful missions have already been conducted. Army.mil >>

BMC Speeds Up Production of MRAPs for Turkish Army

Turkish armored vehicles maker BMC has increased the pace for production of the Kirpi, the country’s first mine-resistant, ambush-protected (MRAP) vehicle, after it was penalized €8 million (US $9.9 million) for late deliveries. Defense News >> 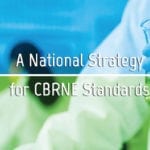 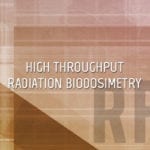