Topics in this issue include EU counter-terror strategy, biosecurity assessments in Africa, and safe shipment of radioactive material.

Some experts argue that the process of turning a bacterium or a virus into a weapon is technically very difficult. Therefore even if a bioterrorism attack happens, it is likely to use a ‘sub-optimal’ pathogen disseminated through crude delivery methods and therefore have only limited impact. European Parliamentary Research Service >>

The NRC recently approved a package to transport high enriched uranyl nitrate, material left over from the production of medical isotopes used in millions of diagnostic procedures every year. This package is to be used to bring material currently stored in Canada, where the isotopes were made, to the Savannah River site in South Carolina. The shipments are part of a DOE program to take back high enriched uranium from countries to which the U.S. supplied it. U.S. NRC >>

FedBid is splitting off its federal sector from its commercial sector business. It has named Joe Jordan as the CEO of the new public sector organization. FedBid’s founder and former CEO Ali Saadat will head up the other organization, focused on the private sector, and remain chairman of the board. The move comes three months after a scathing report by the Veterans Affairs Department inspector general about the conduct of some of its senior executives, including Saadat. Federal News Radio >>

The Defense Threat Reduction Agency is seeking is to identify sources capable of performing a baseline analysis of biosurveillance systems, capabilities, and gaps in South Africa, Ethiopia, Kenya, and Uganda. The analysis and follow on report will inform the implementation phase of the Cooperative Biological Engagement Program (CBEP). Global Biodefense >>

Modernization is a Must for the Nuclear Enterprise

In what world do we send our grandchildren into combat in 80-year-old airplanes? Maj. Gen. Garrett Harencak, the Air Force assistant chief of staff for strategic deterrence and nuclear integration, talks about the nuclear enterprise priorities for the USAF. U.S. Air Force >>

Arrest Made: No Hazardous Materials Found at Ottawa Hotel

Nova Scotia RCMP issued an internal communication Tuesday about Christopher Phillips, who lives in the Halifax area, identifying him as a biochemical weapons specialist who was formerly in the military, with possible mental-health issues and considered “anti-police.” CBC News >>

Halifax police are investigating a large stash of chemicals found at an address linked to Christopher B. Phillips, the suspect arrested Wednesday at a hotel in Ottawa. Phillips, 42, is a former U.S. Army biochemist who has been living in Nova Scotia for the last several years. He was also previously married to U.S. Olympic gymnast Shannon Miller. They divorced in 2006, according to an Oklahoma newspaper. CTV News Atlantic >> 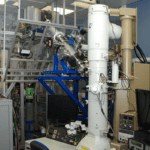 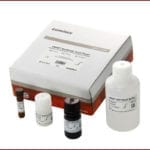