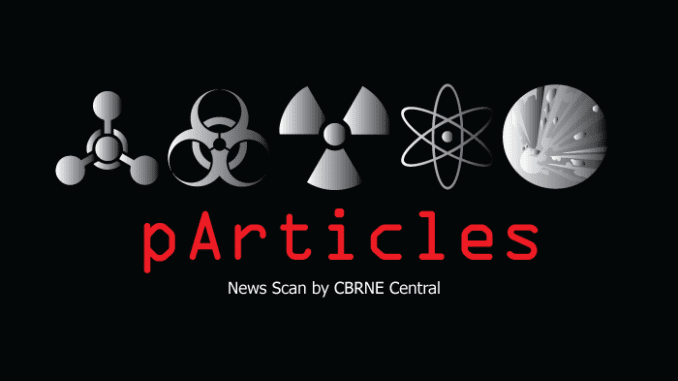 Topics in this issue include the plot against a Brussels nuclear facility, robotics for disaster response, NATO CBRN capabilities, and explosives detection.

When a bomb explodes, people take notice; the event attracts more attention than a thousand speeches or pictures. If the terror is sustained, more and more people will become interested, wondering why the atrocities occurred and whether the cause seems plausible. Defense News >>

In Brussels Bombing Plot, a Trail of Dots Not Connected

The stench of chemicals emanating from the sixth-floor apartment made the owner of the building gag. Other odd happenings at the mostly empty housing block in northern Brussels prompted an anxious resident in the area to alert the police. A taxi driver who picked up three young men at the block smelled a noxious odor leaking from their curiously heavy luggage as he drove them to Brussels Airport. But not until 7:58 on Tuesday morning did these and other strange and, at least in retrospect, alarming dots come together to form a clear picture of what had been going on. New York Times >>

Terrorists Without Borders, Counterterrorists with All Borders

Belgium, like most other European countries, suffers from a counterterrorism capacity problem. Far too many European passport holders trotted off to the Islamic State’s ranks in Syria and Iraq in recent years. They now return emboldened by the Islamic State’s well-rooted facilitation network and empowered by years of combat experience. This deadly combination has and most assuredly will continue to generate terrorist attacks directed and inspired by the Islamic State. War on the Rocks >>

With Brussels still reeling in the aftermath of the deadly bombings this week, the murder of a nuclear power plant security guard and the theft of his badge has compounded fears that Belgium’s two sprawling nuclear plants could be vulnerable to attacks. VICE News >>

Thanks to the summit process, nuclear security, which was previously relegated to small groups of mainly Western bureaucrats and nuclear nerds, has become a prominent issue on the international stage. Major media outlets cover it, governments around the world have been forced to learn about it and greater understanding exists of why protecting nuclear material is critical to international security. Carnegie Endowment >>

EU counterterrorism coordinator Gilles de Kerchove said in an interview on Saturday that Belgium’s network of nuclear power stations, as well as energy and transport infrastructure, could become the targets of cyberattacks by terrorists in the near future. HSNW >>

The task of the summit—securing nuclear weapons, fissile material, and nuclear facilities so terrorists can’t use them to wreak nuclear havoc, either through sabotage or by building and detonating a nuclear bomb—seems anything but theoretical just now. BOTAS >>

Terrorism and the 2016 Nuclear Security Summit

The Belfer Center for Science and International Affairs at Harvard University recently published a report, Preventing Nuclear Terrorism: Continuous Improvement or Dangerous Decline? The report discusses the potential outcomes of the 2016 Nuclear Security Summit beginning March 31st in Washington D.C. The report paints two extreme potential paths to be taken at the end of the summit, and the repercussions of those paths regarding the threat of nuclear terrorism. HSDL >>

Is That All There Is? Obama’s Disappointing Nuclear Legacy

As Obama prepares for next week’s nuclear summit, one might expect him to seize the opportunity to announce a major nonproliferation initiative, then brace for resistance from congressional Republicans skeptical of arms control. But reality is exactly the opposite. It is the Republican-controlled Congress that is pushing the most ambitious arms control project in recent memory. Inexplicably, President Obama is the one resisting. New York Times >>

World leaders face a stark choice at the final Nuclear Security Summit later this week: Will they commit to efforts that continue to improve security for nuclear weapons, fissile materials, and nuclear facilities, or will the 2016 summit be seen in retrospect as the point at which attention drifted elsewhere, and nuclear security stalled and began to decline? BOTAS >>

The commercial plutonium plans of Japan, Korea, and China won’t be on the agenda at the upcoming Nuclear Security Summit. That’s a shame because, as everyone knows, plutonium is a nuclear explosive. What’s at stake is nothing less than a race to stockpile plutonium in East Asia that could end very, very badly. BOTAS >>

A Nuclear-Armed ISIS? It’s Not That Far-fetched, Expert Says

Belgium has seen numerous suspicious events related to nuclear material and facilities. The recent murder of a security guard at a Belgian nuclear facility just two days after the Brussels attacks, coupled with evidence that Islamic State operatives had been watching researchers there, has re-ignited fears about ISIS and nuclear terrorism. Defense One >>

First responders during disasters are not the United Nations or the Red Cross. The real first responders, by definition, are the local communities; always have been, always will be. So the question is: can robotics empower local communities to respond and recover both faster and better? I believe the answer is Yes. iRevolutions >>

If there is anything common among the 1.1 million firefighters — both career and volunteer — serving in the United States, it is that at any moment, they may be required to put their lives on the line to protect people and property from disaster. But who helps protect these dedicated public servants from the on-the-job dangers they face? One group making the effort is the National Fallen Firefighters Foundation (NFFF), whose Everyone Goes Home program champions a set of sixteen life safety initiatives designed to reduce the number of preventable firefighter line-of-duty injuries and fatalities. HSNW >>

Decades after the furor over a Swannanoa weapons plant introduced many residents to the term “Superfund site,” the focus is shifting toward potential future uses for a portion of the Chemtronics property. Remediation efforts have gradually reduced contamination levels, and an upcoming decision by the Environmental Protection Agency, due out in September, is seen as a starting point for proposals to turn a portion of the site into something that might benefit the community. Mountain Xpress >>

North Korea released a propaganda video on Saturday that depicts a nuclear strike on Washington, along with a warning to “American imperialists” not to provoke the North. The four-minute video clip, titled “Last Chance,” uses computer animation to show what looks like an intercontinental ballistic missile flying through the earth’s atmosphere before slamming into Washington, near what appears to be the Lincoln Memorial. A nuclear explosion follows. New York Times >>

Pakistan’s top nuclear security advisor has rejected growing U.S. pressure and safety concerns about its production and deployment of battlefield nuclear weapons. “We are not apologetic about the development of the TNWs [tactical nuclear weapons] and they are here to stay,” said Khalid Ahmed Kidwai, an advisor to the so-called National Command Authority (NCA) and a longtime custodian of the country’s nuclear arsenal. Voice of America >>

How to Detect Explosive Devices at Airports?

More than ever before, the current situation and the climate in which we live in calls for important measures to protect the general public from threats coming from mischievous individuals such as extremist factions members and other terrorist groups adherents. CBRNe Portal >>

Sniffing Out a Dangerous Vapor

Alkane fuel is a key ingredient in combustible material such as gasoline, airplane fuel, oil — even a homemade bomb. Yet it’s difficult to detect and there are no portable scanners available that can sniff out the odorless and colorless vapor. But University of Utah engineers have developed a new type of fiber material for a handheld scanner that can detect small traces of alkane fuel vapor, a valuable advancement that could be an early-warning signal for leaks in an oil pipeline, an airliner, or for locating a terrorist’s explosive. University of Utah >>

A preliminary investigation of a train-truck collision that prompted a one-day evacuation of the northwestern Minnesota town of Callaway last week suggests that the propane tanker truck pulled in front of the train at a crossing without stopping, authorities say. Star Tribune >>

On Wednesday, 66 House Democrats urged the Homeland Security appropriations subcommittee to set aside $105 million to help local transit systems improve security. That’s $20 million more than President Barack Obama requested in his 2017 budget proposal and a drop in the bucket compared to the billions the country spends annually on aviation security. Emergency Management >>

The People Who Built the Atomic Bomb

I could just tell you about Leona Woods Marshall Libby. I could tell you about how, at 23 years old, she was one of the youngest people to work on the Manhattan Project. And how she was the only woman at Hanford, the first full-scale plutonium reactor in the world, where she worked as a physicist. But it’s a better story when Libby tells it herself. Though she died in 1986, you can hear Libby talk about her life’s work in an oral history on the Atomic Heritage Foundation’s website. Nextgov >> 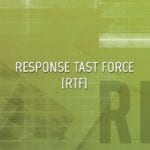