The group had to develop acquisition models for the new instrument, including the method detection limit and the limit of quantification, for each chemical agent. They validated their standards and quality control samples, running a calibration curve on the GC-QQQ to determine the instrument’s official limits. Once that was completed, the group conducted CWA recover efficiency studies from the elution for each agent. The elution method pulls the solvent through the SST to extract CWA into a vial.

“The extracted CWA from the elution were found to be around 96 percent efficient,” shared Line. “Techniques like this that can detect chemical warfare agents at lower levels help ensure better quality of testing and give us capabilities we didn’t have previously.”

Additional benefits of using the GC-QQQ include ease of operation and increased output because it bypasses the need for a confirmation/transfer tube, since the mass spectrometer is the confirmation.

“We wanted to get away from thermal desorption using GC-FPD because it is labor intensive and can’t be automated so it requires an analyst to be with the instruments the whole time,” said Jex. “This new extraction method is much less labor intensive.” The GC-QQQ coupled with an autosampler allows up to 150 samples to be sequentially analyzed in one completely unattended run, “increasing productivity and providing time to work on data packages instead of manually inserting transfer tubes one by one,” Jex noted.

Instead of a transfer tube, the new elution method provides another advantage. “The solvent can be stored and reanalyzed with various instrumentation and multiple analyses,” said Losser, who created the methodology for the new extraction process. “With the thermal desorption method, there is no remaining sample for reanalysis. It’s a one-and-done analysis.”
Now that chemists Jex, Line, Losser and Phan have proven the GC-QQQ is a viable method for chemical warfare agent analysis, it can be used to support future tests. The group will present their findings in early March during a virtual chemical analytical technical conference. 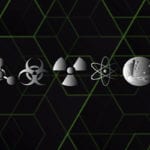 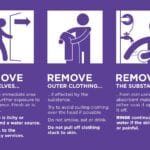