CSES was granted the contract after an evaluation and selection process that began in early 2014. Fiscal year 2015 research, development, testing and evaluation funds in the amount of $4,456,639 were obligated at the time of the award.

JBTDS provides the first stage of tactical biological aerosol point detection, collection and identification capability for US Joint Forces requiring Commercial-Off-the-Shelf (COTS) and near-COTS solutions.  Program elements include completion of development, testing, logistics, and data delivery with options for Low Rate Initial/Full Rate Production and field support. JBTDS systems will be fielded to the US Marines, Army, Navy and Special Operations Forces. Production options, if awarded, will be performed at CSES’ Charlotte, North Carolina facility, with estimated completion in August 2020.

This contract follows on the heels of CSES’ three Next Generation Chemical Detector (NGCD) program wins in 2014.

“Not only are we fully engaged in providing NGCD sensors that protect both our soldiers and civilians from the growing threat of chemical and other toxic agents, but we are now adding next generation state of the art hazardous biological material detection to our CSES sensor product suite,” stated Tom Thebes, CSES President. “Our JBTDS offering will enhance the ability of our military and civilian customers to detect and mitigate the growing biological threat being exploited by today’s enemies.” 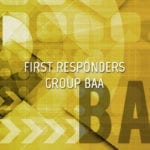 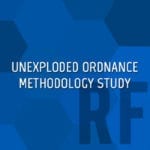