Researchers at the Defense Threat Reduction Agency’s Chemical and Biological Technologies Department are developing capabilities to isolate, monitor and destroy chemical and biological warfare agents… capabilities that are becoming more important as unrest continues in parts of the world, such as the Middle East.

Researchers are taking a dual-track approach to their elimination mission, from a perspective of what they can do right now to meet some immediate threats and what can be done down the road in, say, 10 years.

One example of a current DTRA-developed technology capable of a threat elimination mission is the Rapid Area Sensitive Site Reconnaissance (RASR) Advanced Technology Demonstration project. RASR is a small, easily carried remote-controlled robot, known as a PackBot, already used by troops for

the elimination of improvised explosive devices (IEDs) in Afghanistan and Iraq, as well as used to evaluate the situation at the Fukushima nuclear power plant in Japan after that country’s devastating earthquake and tsunami.

A sensing unit called an Avalon that fits in your hand is added to the PackBot to help give the warfighters on the ground, as well as those decision-makers back at higher echelons, the ability to map an enclosed area and determine what kind of chemical and biological agents might be in that structure.

Officials say RASR gives the troops the ability to determine what might be in a warehouse or bunker without putting anyone any closer to potential threats than absolutely necessary.

In addition, RASR has a reachback capacity that allows commanders and scientists at headquarters levels to better examine the potential threats in real time and pass along critical information to warfighters in the field.

The system was tested earlier this fall at the Muscatatuck Urban Training Center in Indiana. Feedback was very positive, and military units have been asking for multiple platforms.

As far as what’s coming down the road, DTRA CB/JSTO researchers are looking at several options. One of those includes harvesting existing microbes from deep sea vents and other extreme environments that live off and digest dangerous chemical compounds. Recent discoveries of bacteria living in or near regions, such as thermal vents, alkali lakes and toxic sites, have surprised the biological community with their ability to thrive in such extreme environments.

Other possibilities include using exothermic reactions to degrade toxic chemical agents; employing high power micro-lasers, photonic nanomaterials and optically transparent polymers to enable in-place chemical weapons material degradation; introducing chemicals into the agent container which polymerize those agents into an encapsulating material that render the chemical inert or reduces the risk for transport; and a Barrel Airlock Delivery System that makes bulk chemical containers inert by using a containment system that seals to the drum head and enables access and introduction of the elimination materials into the sealed container. 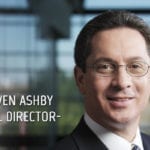