Detailed Aircraft Decontamination (DAD) of chemical or biological weapons is a five station, five-stage process consisting of a primary rinse, application of the decontamination soap, scrub of the aircraft, a second rinse from top to bottom and front to back, and a final check with a detector.

Chief Warrant Officer 3 Rafael Trevino, MAG-39 CBRN officer, explained that each squadron should have reconnaissance, surveillance and decontamination (RSD) teams trained within their units. This training provides an opportunity for teams to conduct the physical decontamination themselves while CBRN Marines provide the equipment and gear – enabling each unit’s Marines to wash down the aircraft in an instructional environment.

Each participating squadron provided at least 10 Marines to conduct the training on their aircraft and received guidance from eight CBRN Marines who have expertise in the decontamination process.

“It’s important for the squadrons to get this training because logistically there are not enough CBRN Marines to do a whole decontamination,” said Staff Sgt. Garret Arrieta, MAG-39 CBRN chief. “We are reducing friction and stress in training so it pays off in the real world.”

In a full-scale DAD, the aircraft would move 50 meters between each station and the process could take several hours. If the aircraft does not pass the monitoring stage with the detection equipment it would be recycled back to the beginning and restart the process.

Arrieta explained the importance of this training for everyone involved with the aircraft in order to be ready to support the ground combat element at any time. “The mission can’t stop,” said Arrieta. “We have to get birds in the air.”

“Our CBRN training is pretty rare,” said Sgt. April Saelao, F/A-18 engine mechanic and quality assurance representative with VMFA(AW)-225. “For a lot of us senior Marines, this is our first encounter with any kind of training like this but I think it’s pretty vital in the day and age we live in now because some type of contact will be more likely than none.” 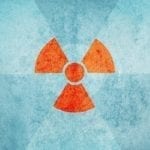