As Russian forces withdraw from parts of Ukraine, reports have emerged of thousands dead and mass graves holding unknown numbers of bodies.

After many people die in human-made or natural “mass disasters”, the work of identifying the victims begins. This is a crucial part of the process of grieving the loss of life, and for a community to start recovering from mass trauma.

Many nations have their own disaster victim identification teams. However, as the world becomes more connected and disasters grow more complex, international cooperation is on the rise.

Disaster victim identification experts gather the victims’ data at the scene. They then obtain dental records, DNA, fingerprints and other invidual-specific information, such as tattoos and prostheses, during the post-mortem examination.

Information about the victims’ lives is recovered via various sources. These range from the typical medical records and collaboration with suspected victims’ families, to photographs posted on social media and personal items such as jewellery.

All of these data are used to confirm the victim’s identity, so the remains can be released to the family.

The correct storage of bodies is a priority. While there is a “best practice” procedure, it must often be adapted to the circumstances.

For example, in Ukraine the United Nations reports 1,611 civilian deaths confirmed as of April 7. There are unconfirmed reports of thousands more.

When many people die in a short time, and in an active war zone, managing their remains can be difficult.

The best storage procedure would use refrigerated containers or dry ice to keep the bodies cool or frozen. Temporary burials can be considered if electricity is an issue, and for the health and safety of survivors.

If bodies are to be moved or buried, they must be documented first with photographs, fingerprints and DNA samples. Individual and marked body bags are also important, as are geocoding systems to precisely identify the burial location of each individual.

Disaster victim identification teams aim to put in place the highest possible quality standards. This allows victims to be treated with dignity and respect, giving their families the best opportunity to obtain answers as quickly as possible.

International organisations such as Interpol and the International Commission on Missing Persons commonly offer technical and other assistance in such cases, especially in less-developed countries.

However, greater international cooperation between disaster victim identification teams is needed. This is to support in-country authorities and assure ethical, transparent and humane treatment of all victims.

A key part of this cooperation will be strategic planning ahead of disasters, and establishing protocols for bringing in specialists and resources when disasters occur.

There have been several noteworthy projects aiming to test the joint response capacities of different countries. In 2019 the Austrian Red Cross ran a large exercise in the European Alps involving rescue organisations from several neighbouring countries.

In Australia, the Disaster Victim Identification Practitioner’s Course held in the Northern Territory brings together experts from every state. The Australian Border Force also works with the Malaysia Coast Guard in Operation Redback, which aims to combat maritime crime and prevent vulnerable people from risking their lives at sea.

Some mass disaster exercises require thousands of volunteers to play the role of victims for a drill that can run for several consecutive days.

In the past few years I have developed an educational program funded by the Australian government’s New Colombo Plan. This program brings together Australian and Malaysian forensic students with international experts to work on a simulated mass disaster scenario. Students who have taken part in this intercultural experience have improved their practical and communication skills, developed awareness and long-lasting international connections.

Projects like this one should be a priority of every country. All nations should develop plans to prepare the present and future generations of investigators to help heal the physical and psychological scars caused by a disaster.

Paola Magni, Senior Lecturer in Forensic Science, Murdoch University. I am a forensic biologist with a key focus on the application of natural sciences (entomology, taphonomy and aquatic biology) to crime scene investigation. I have several years of experience as a researcher and lecturer/instructor in forensic science. Furthermore, I am a practitioner recognised by the Italian Courts and the international Scientific Community. My research and case work have been presented at major forensic international meetings. I’m the author of numerous papers in international scientific journals and chapters in forensic books and I am the senior editor of a forensic entomology book (2008). I’m the developer of “SmartInsects – Forensic Entomology” (2013), the smartphone App designed to facilitate the work of law enforcement agencies and pathologists at crime scenes. 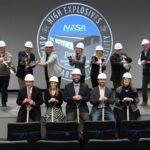 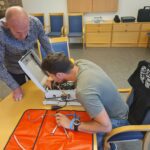