U.S. and Austrian special operations observe a platoon of Burkinabe Soldiers during Flintlock 20 near Senegal. Photo by Steven Lewis

The U.S. conducts a significant portion of the post-9/11 war effort in the name of offering “training and assistance in counterterrorism” to over 79 countries.

Many governments use the U.S. narrative of terrorism and counterterrorism, along with the accompanying financial, political, and institutional resources given them by the U.S., to repress minority groups, justify authoritarianism, and facilitate illicit profiteering, all while failing to address poverty and other structural problems that lead to widespread frustration with the state. Thus, in a vicious cycle, what the U.S. calls security assistance actually accomplishes the opposite. Around the world, it has fed insecurity, bolstering the militants that react against the government injustices exacerbated by this aid.

This paper examines the effects of U.S. security assistance and the profound costs of “helping” other nations wage their own “wars on terror.” The paper draws on the case of Burkina Faso, a landlocked country in the West African Sahel, to which the U.S. has been
providing counterterrorism funding and training since 2009.

Read the full paper at the Watson Institute for International & Public Affairs .pdf 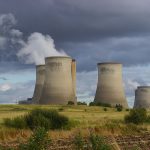 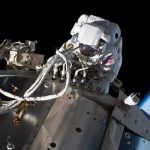