The Battery-operated Independent Radiation Detector (BIRD) flight unit scheduled to fly on the first flight test of the Orion module. Inside the BIRD flight unit are two identical Timepix detectors, each with their own battery pack. Image courtesy of NASA.

Already tested on the International Space Station (ISS), six radiation detectors developed by a team from the University of Houston physics department and their NASA colleagues have paved the way for two new devices to fly on the first test flight of NASA’s new Orion spacecraft.

Scheduled to launch Dec. 4, the uncrewed Orion flight will reach 3,600 miles above Earth on a 4.5-hour mission to test many of the systems necessary for future human travel into deep space. Aboard the spacecraft will be two UH-supplied radiation detectors at the heart of the battery-operated independent radiation detector, or BIRD, that will be the only active device onboard to record radiation levels throughout the mission.

These onboard measurements will be compared to the mission telemetry after the completion of the flight. This will reveal how much and where the radiation was encountered.

Lawrence Pinsky, John and Rebecca Moores Professor of Physics at UH, and his team have been collaborating with NASA Johnson Space Center on the design of these radiation detectors to fly on Orion. Pinsky says the radiation imaging pixel detector chips on the detectors have been tested at accelerators on Earth that mimic space-like radiation.

“We’ve subjected the chips to as much as 40 times the expected radiation in space and haven’t lost a pixel,” he said. “The International Space Station only goes through the edge of the trapped radiation belts surrounding Earth. Because Orion is going up higher, the craft will go through the meat of the radiation belt and will see much higher levels of it.”

This opportunity with NASA and Orion stemmed from Pinsky’s success with the Timepix project on the ISS. There are currently six Timepix-based detectors aboard the ISS, which look like ordinary flash drives. They consist of a Timepix chip bonded onto a sensor and attached to a USB-based electronic interface developed at the Institute for Experimental and Applied Physics at the Czech Technical University in Prague. They have been in use on the space station since October 2012 with raw data from each device coming to UH daily for analysis.

The Timepix chips were developed through the Medipix 2 international collaborations at CERN, the European Organization for Nuclear Research. UH is a member of this scientific collaboration and its successor, Medipix 3. Only one other U.S. institution is involved, the Space Sciences Laboratory at the University of California, Berkeley.

Pinsky’s team at UH receives data for every charged particle penetrating the detector and can characterize each particle by charge and energy, as well as direction. The UH team compares the Timepix data with the data gathered by the current device used to monitor the radiation environment on the space station, the Tissue Equivalent Proportional Counter.

“The idea is to demonstrate that our new technology is capable of replacing the device currently used for radiation detection and monitoring,” Pinsky said. “We can tell you exactly what is present, the kind of particles and their energy spectrum. We use that data to calculate risk based on the current standards set by National Council of Radiation Protection.”

Radiation exposure is considered a risk in spaceflight and, as mission lengths extend and crews travel outside of Earth’s magnetic field, the radiation exposures will change. Because the device fully characterizes the radiation field rather than providing limited dosimetric information, it provides the flexibility needed for future missions.

“Our Medipix-based devices focus on detecting charged particles, but they are also capable of detecting photons and neutrons,” Pinsky said. “These particles are very high energy and are penetrating the craft and its occupants. The Timepix raw data will allow us to calculate the dose equivalent for humans based on whatever standard endpoints for risk might be used in the future.”

With plans for forthcoming Orion missions to carry astronauts farther into the solar system than ever before, including proposed destinations such as an asteroid or to Mars, the need for new technology is at hand. The next generation of these devices is currently being designed by a joint UH/NASA program. 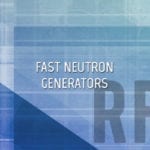 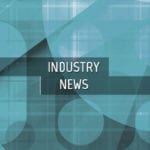