48th Annual EOD Memorial Ceremony Honors Those Who Gave All 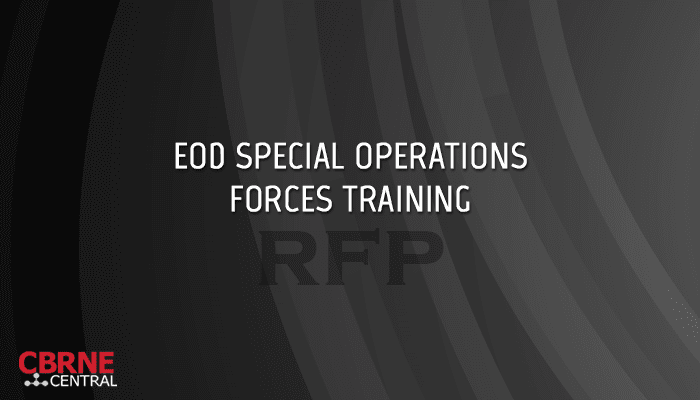 EOD support requirements and missions are functionally organized to locate, identify, and mitigate or render-safe ordnance or associated hazards and threats that impede dominant maneuver.

The contractor shall provide eight AESOC courses to educate and train EOD personnel in the following subjects:

The Navy expects a turn-key three-week Course of Instruction. Training will be ordered as needed and will be held at off-base locations and do not require any type of on-boarding, CAC card access or transitioning.

The resulting contract will consist of a one base year and four option years, for a potential total of five years.