U.S. naval nuclear propulsion plants use a pressurized-water reactor design that has two basic systems:  the primary system and the secondary system.  The primary system circulates ordinary water in an all-welded, closed loop consisting of the reactor vessel, piping, pumps, and steam generators.  The heat produced in the reactor core is transferred to the water, which is kept under pressure to prevent boiling.  The heated water passes through the steam generators where it gives up its energy.  The primary water is then pumped back to the reactor to be heated again.

The 47 Navy Nuclear Chemicals specified in the Request for Information (RFI) are needed to support the water systems. These chemicals are currently purchased via competitively issued call orders placed against the following four blanket purchase agreements.

It is in the best interest of the government to establish BPAs with multiple suppliers in order to provide maximum practicable competition. As such, the Naval Supply Weapon Systems Support (NAVSUP WSS) Nuclear Supply Chain Management Directorate is seeking capability statements from small businesses for this effort.

Further details are available here on FedBizOpps.gov. The response deadline is Dec. 1, 2014. 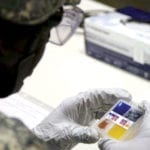 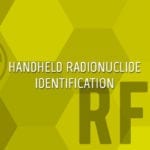