The exercise scenario centered on a chemical incident, in which a group of airmen start their work for the day by unloading a tub of pesticides. The weight of the tub shifts unexpectedly, crushing the leg of a servicemember and releasing toxic chemicals.

“This exercise is to make sure all of our personnel are trained, equipped and ready for a real-world response,” said Chief Master Sgt. Nicole Bradley, 23d Medical Group wing inspection team lead. “Today tested our response to a chemical emergency that had [negative medical impacts]. We also had to verify what the chemical was to make sure we were giving the right health risk assessment to our personnel.”

Leaders hoped that by handling the response exactly how they would if it were a real-world incident, the exercise would build confidence and enhance safety.

“If we have an actual [chemical] spill, these are the same people that will be on scene,” said Sirmans. “By doing this over and over again, it makes [them] and the base safer because we know what we’re doing and what we’re capable of. We have a lot of younger members that we purposely sent in so they could get this experience.”

“This is my first base exercise for [hazardous chemicals],” said Gough. “It was an organized chaos. Being a young Airman, I’m not used to having so many personnel around training like this. It was definitely good practice for the real thing. If we know what [other units are] capable of, it helps us focus on our job because we’re not worrying about other things.”

Article adapted from original by Janiqua Robinson, USAF. Edited for context and format by CBRNE Central. 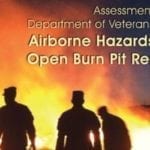